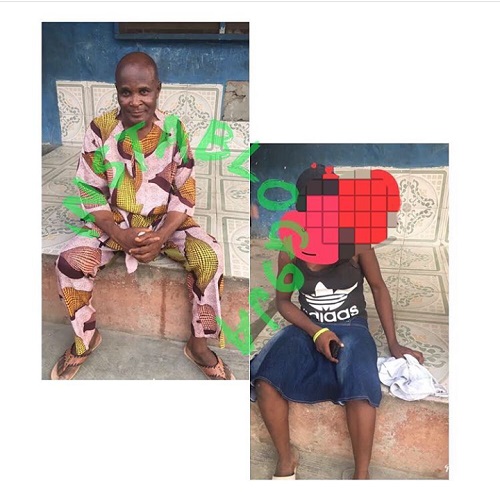 The man arrested for sexually assaulting a teenage girl

A 60-year-old man, Baba Sarah has been arrested by security operatives for impregnating a 16-year-old girl identified as Peace.

It was gathered that Peace who stays with her grandfather at Idowu Dada Street, Ogudu, Lagos, ran away after she was caught sexually abusing a little boy and absconded from home to prevent being beaten, but a week later, she was tracked down to Irawo and taken home.

It was during beating and interrogation that she allegedly revealed how Baba Sarah used to rape her and always touched her whenever her grandpa sends her to charge phone at his house.

She further disclosed that the culprit always gives her N500 so as not to tell anyone. She confirmed that Baba Sarah is responsible for her pregnancy. The suspect has since been handed over to the police at Area H police station, Ogudu.