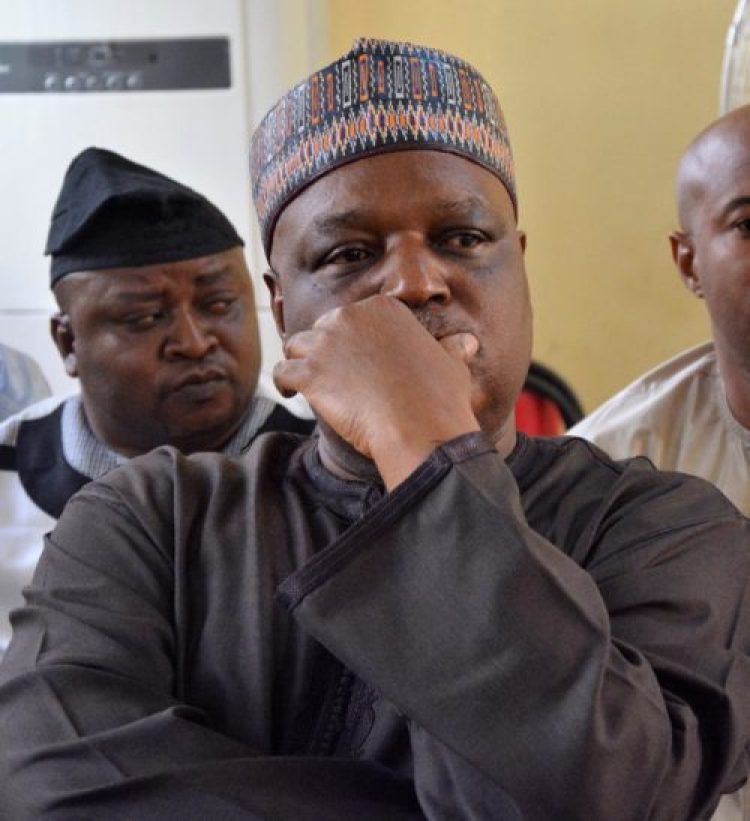 The Supreme Court has upheld the conviction and 12-year prison sentence that was handed to former governor of Taraba State, Reverend Jolly Nyame, for stealing public funds.

The judgement of the Supreme Court was passed today, Friday 7th February, 2020.

In a unanimous decision, a five-man panel of Justices of the apex court led by Justice Mary Odili, said it found no reason to set-aside concurrent judgements of both the trial court and the Court of Appeal, which found Nyame guilty of embezzlement and money laundering.

However, the apex court held that the appellate court was wrong to also impose fine against the convict.

It therefore affirmed the imposed jail term but freed the convicted former governor from paying fine for the financial crime he committed against the state.

It will be recalled that Justice Adebukola Banjoko of an Abuja High Court had on May 30, 2018, found Nyame guilty on 27 out of the 41-count money laundering charge the Economic and Financial Crimes Commission, EFCC, preferred against him.

Specifically, the court sentenced him to 14 years for criminal breach of trust, 2 years for misappropriation, 7 years for gratification and 5 years for obtaining valuable public properties without consideration.

However, the appellate court on November 16, 2018, reduced the sentence which is running concurrently, to 12 years, 5 years, 4 years and one-year and nine months, respectively, with fines ranging from N100m to N5m.