Temi Otedola Opens Up On Her First Love 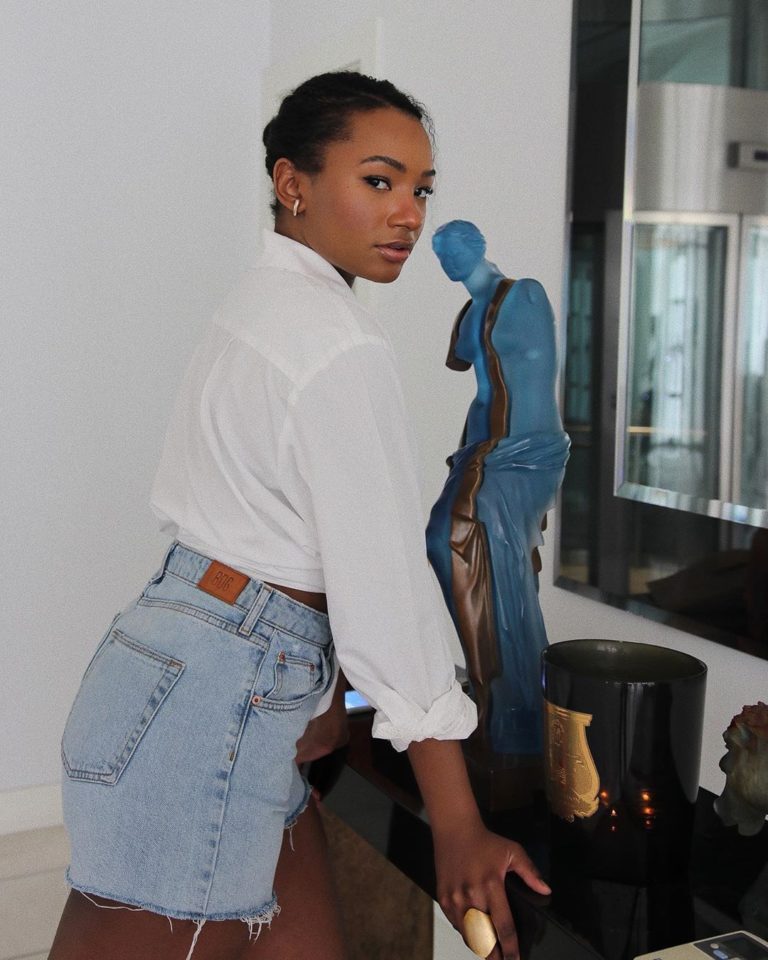 Temi Otedola, a professional fashion-designer and daughter of billionaire Femi Otedola, has revealed she that acting is her first love.

She made this known while announcing her role in Kunle Afolayan’s movie, ‘Citation’.

According to Temi, who is making her acting debut in the most anticipated movie, saidshe had been passionate about acting since her school days.

Explaining how fate brought her back to her first love, she said:


“I have been watching Mr. Afolayan’s films like forever. From ‘Figurine’ to ‘October 1’, ‘Phone Swap’, and I was actually introduced to him, I told him that from university and through school I have always been into acting and that was my first passion in life and he told me about a script coming out and the lead character is actually a girl of my age and a university student and the story tells a tale of something that is so relatable and relevant to what is happening today, not only in Nigeria but all over the world.”

On why she took up the role, she said,

“the lead character is a girl of my age and in the university while also treating a global issue that confronts women. So it is a story that is close to my heart, and I thought I could really bring that story to life.”


When asked why she’s kept the creative side of her life from the public for so long, she said,

“for me, it’s all about timing, so, for me until this movie proposal had come, I don’t think I would have entered into this arena of creative work, but this script is perfect for me. I’m so happy that I waited for this time. With Kunle Afolayan’s film, it means I am starting at the top. So, I’m just so humbled to have been given this opportunity. The message is to tell women that we are hearing their stories, that we believe them. Women are being harassed in several ways.”

On leaving fashion for acting, Temi said, “both of them are still very close to my heart; I will always be designing and doing fashion, but also, this is my one true love. So I’ll continue acting.”

Produced and directed by Kunle Afolayan, ‘Citation’ tells the story of a 23-year-old postgraduate student, Moremi, who has to devise a way to fend off the sexual advances of her lecturer.