Meet Taiwo Agbona, The Young Lady 'Chosen By Oracle' To Become The 'King' Of Ondo Kingdom. 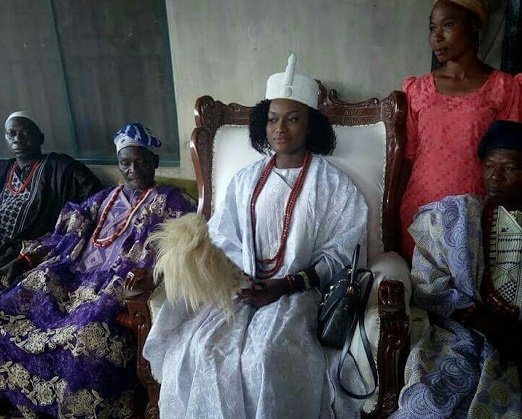 Taiwo Oyebola Agbona, a 23-year-old medical student, who was “chosen by oracle” to succeed her late father as king of Aaye kingdom in Ondo, says she can’t get married, pregnant while on the throne.

Prior to the passing away of J. B Agbona, the alaaye of Aaye, who died on May 4, 2017, Taiwo, the first daughter of the monarch, was chosen to ascend the throne for a period of time pending when a new king is appointed.

The young regent’s choice for the throne was also arrived at after the king makers consulted the oracle for guidance on who to replace the late king.

A regent is a person appointed to rule a kingdom because the monarch is minor, absent or incapacitated.

“After the demise of my father, the chiefs consulted the oracle and they were told that I am the one worthy to be on the throne. So, they came to consult me and ask for my consent,” she told BBC Focus on Africa.

Seemingly startled at the news, the 23-year-old asked the chiefs to give her more time to allow her brood over it.

Taiwo said she later agreed to take the offer upon discovery it was meant for a temporary time until a long-term successor is chosen by the oracle.

“I told them to give me three weeks to think about it. When they came back, I told them I am ready to succeed my father. Within those three weeks, I was thinking about a lot of things,” she said. 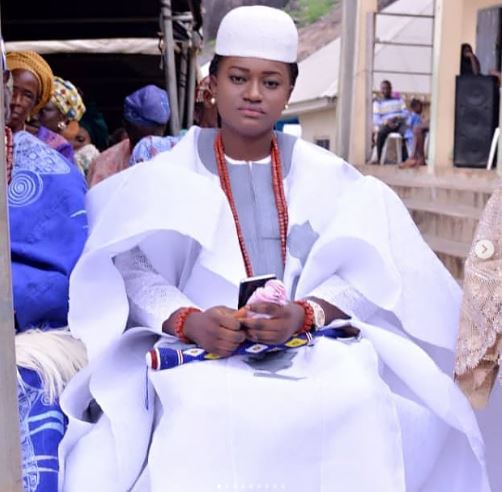 “When my father was alive, I used to watch him interfere in so many things. Then people bring different cases on conflicts and other things to me and I will wondering how to address them. But I thank God now, I am used to it. I have been doing that for a year now and some months.

“As a regent, the person still has the responsibility of the original person on the throne, the only difference is that it is only for a while, it is not permanent. There’s no time because I will still be on the throne until they find another king worthy and if they didn’t find another person worthy to occupy that position, you will remain there. That is why there is need to find someone else.”

She further explained that her position has made her unavailable to marriage and getting pregnant.

Taiwo went on relish her experience on the throne, saying such position of authority has transformed her positively.

The beautiful regent is a graduate from Achievers University in Owo, Ondo where she studied medical laboratory science.