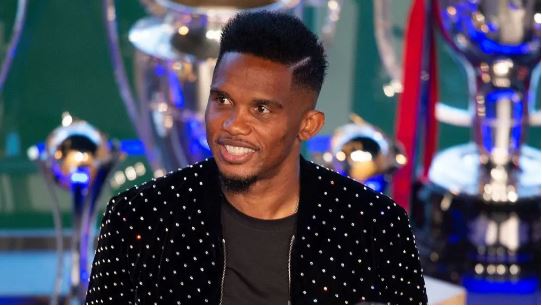 Eto’o, who has played for both Barcelona and Real Madrid, also hoped to see a great match between both teams.

Barcelona head to the game following a 2-2 draw with Real Sociedad in the La Liga on Saturday, while Real Madrid played a 1-1 draw with Valencia on Sunday.

When asked who will win between Barcelona and Real Madrid, Eto’o was quoted by Tribuna as saying: “Obviously I want Barca to win El Clasico and I think they will win.

“But I also want to see a good game with respect for both sides. I hope it will be a great game, as it usually is.

Eto’o added: “At Barca it was different, it was about Catalonia. Everybody used to talk about the game. I was always anxious just to be out there playing, but I’d be calm a week before the match.”

The kick-off time for the match is 8pm.