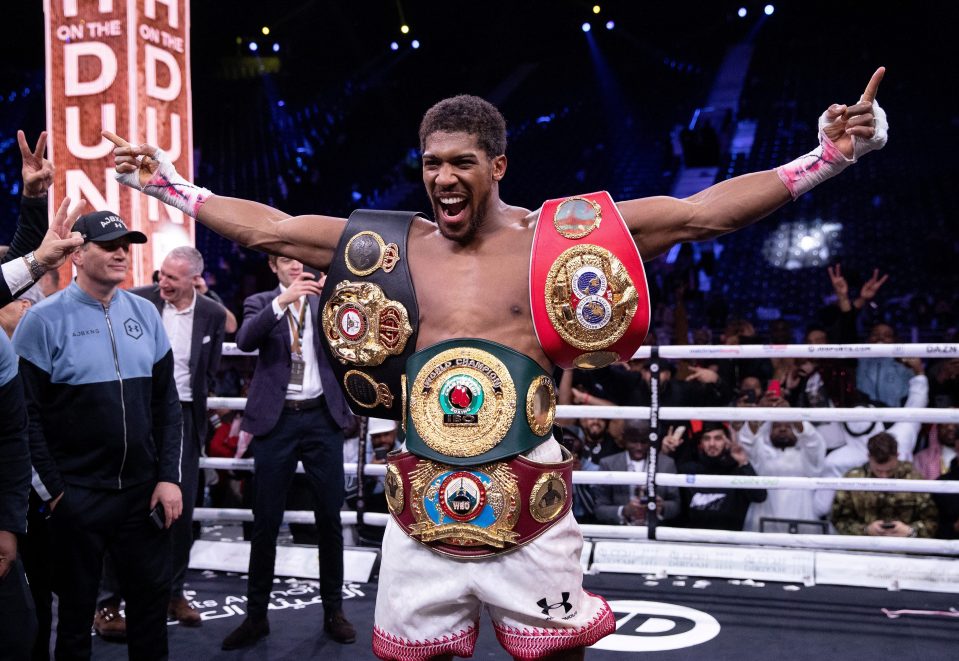 According to a report by Punch Metro, world Heavyweight Boxing Champion, Anthony Joshua, will present his title belts to the President, Muhammadu Buhari, at a date to be decided soon.

Senior Special Assistant on Media and Publicity, Office of the Vice President, Laolu Akande, made this known while briefing State House correspondents on behalf of the Minister of Youth and Sports Development, Sunday Dare.

Akande addressed newsmen after the Federal Executive Council meeting presided over by Vice President Yemi Osinbajo on Wednesday in Abuja.

“The Minister of Sports announced that Anthony Joshua will be presenting his belts to the President in a matter of days.

“The Council members also expressed appreciation for the gift of books from the Vice President which has become an annual tradition,’’ he said.

The minister briefed the council on how Joshua regained his titles from Mexican-American, Andy Ruiz Jr., during a rematch in Saudi Arabia last Saturday.

Joshua defeated Ruiz by unanimous decision of the judge after 12 rounds.

The victory helped him to reclaim the IBF, WBO, WBA and IBO heavyweight world championship belts he lost to Ruiz Jr. in June.