Why I Sneaked Into Her Room And Raped Her - Suspect Confesses 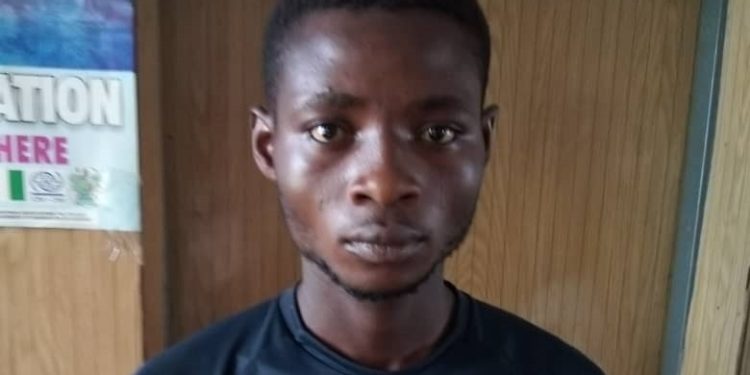 
A young man; Adam Kunle, 27, of Makogi area of Ibafo, Ogun State, has given insight into why he sneaked into the home of a 38 – year old woman by noon and allegedly raped her while she was observing siesta, according to TheNation.

Kunle who lived in the same neighbourhood with the victim said he admired the woman and had been making advances to her for quite some time without success as she kept rejecting his offer.

He added that as the undying admiration persisted, he took advantage of the lady when she was alone at home on Monday, November 4, and had his way with her sexually.

The suspect made this known to the Police during interrogation when he was arrested last Monday following complaints by the victim; who reported the incident at the Ibafo Police Station.

The victim told the Police that she was raped by the suspect while sleeping in her room at about 12:30, noontime.

The Police Public Relations Officer, Abimbola Oyeyemi, who disclosed this in a release, stated that the Divisional Crime Officer, Ibafo Police Station, Akindele Adrew led detectives to arrest the suspect, stressing that the victim had been taken to the hospital for medical attention and report.

The suspect, Abimbola; a Deputy Superintendent of Police(DSP), added, would be transferred to the Anti-human trafficking and child labour unit of the State criminal investigation and intelligence department for further investigation and prosecution.