'My Father Used To Check My Virginity Too' - Actress, Halima Abubakar Backs TI On Virginity Tests 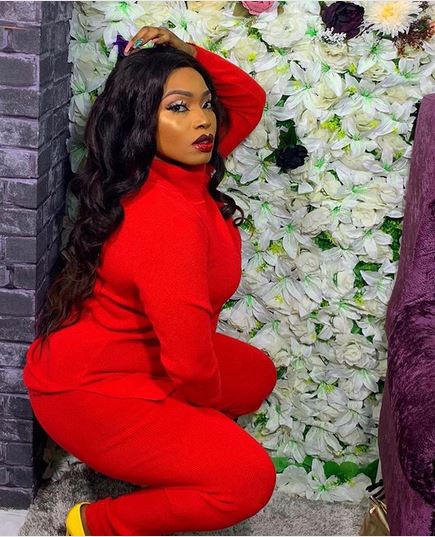 Halima Abubakar, Nigerian Nollywood actress, says there is nothing wrong in making one’s daughter undergo “virginity tests,” adding that her father also did that to her when she was young.

Clifford Harris Jr., American rapper better known as TI, had recently revealed that he takes Deyjah Harris, his 18-year-old daughter, to a gynecologist annually to check if her hymen is still intact.

“Deyjah’s 18, just graduated high school now and she’s attending her first year of college, figuring it out for herself. And yes, not only have we had the conversation [about sex], we have yearly trips to the gynecologist to check her hymen. So it’s this one time we go, I think this might have been after her 16th birthday,” the rapper had said.

On Thursday, the film star took to her Instagram handle to back the rapper while baring her opinion on the topic which has since dominated social media discussions.

She said, although she hated her father at the time, all she later saw was a man trying to protect his “stubborn daughter.”

“I don’t see anything wrong in checking if your daughter is still a virgin. I remember my dad taking me to see different doctors, just to be sure. He stopped after the third time. I hated him a bit. But he is just a father trying to protect his stubborn daughter,” Abubakar wrote. 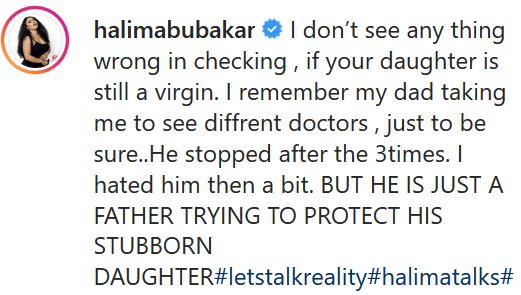