Buhari Does Not Need Certificate To Be President - Supreme Court Says 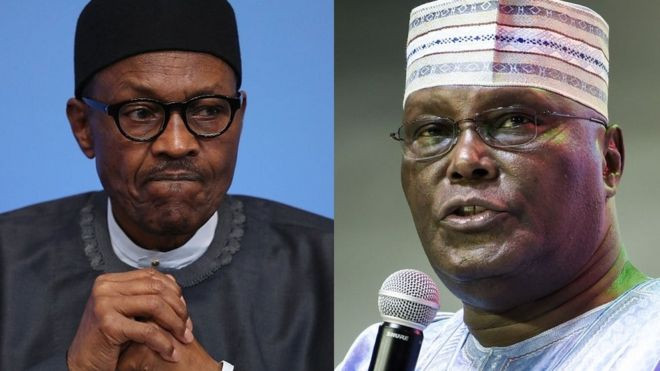 The Supreme Court on Friday ruled that President Muhammadu Buhari was “eminently qualified” to contest the February 23 presidential election, according to a report by Punch.


The Chief Justice of Nigeria, Justice Tanko Muhammad, prepared the full judgment of the apex court which is being read by Justice John Okoro.

The full judgment delivered on Friday was to provide explanations for the apex court’s summary decision of October 30 which dismissed the appeal by the Peoples Democratic Party and its presidential candidate, Atiku Abubakar challenging the victory of Buhari at the February 23 presidential poll.

In the full judgment of the apex court delivered on Friday, the court affirmed the decision of the Presidential Election Petition Tribunal which held that Buhari possessed the requisite educational qualification to contest the poll.

It held that the Nigerian Constitution only required a candidate contesting the presidential election to be educated up to secondary education even when the candidate does not possess the certificate.
It added that by virtue of the provisions of the Constitution, a candidate who possesses a primary school certificate and has worked in the public or private service for a period not less than 10 years, and can read, write and communicate in the English language to the satisfaction of INEC is qualified to contest.

It also held that contrary to the contention of the appellants, Buhari did not submit false information about his educational qualification to the Independent National Electoral Commission.

The Supreme Court also said the appellants failed to prove the alleged irregularities including overvoting.

It added that the appellants merely dumped documents on the lower court without calling witnesses to demonstrate them.

It ruled that it was alarming that the appellants only called five polling unit agents across the entire polling units in the country in their attempt to prove the alleged non-compliance with the provisions of the Electoral Act.


The judgment is still being delivered.