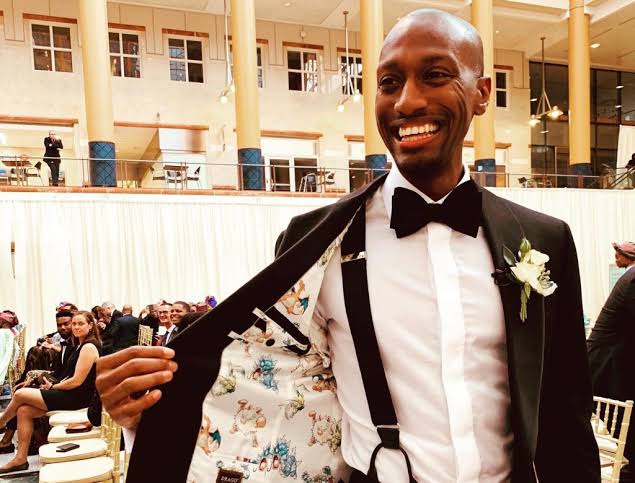 In a report by Punch, Howard, whose Twitter bio reveals is an Engineering Manager at Netflix, tweeted on Sunday that he had recently got married to a Nigerian woman, one Bukky Ekundayo, and that he was changing his surname to hers, so they could pass it on to their children.

He tweeted, “I recently got married! I’m replacing my birth surname/suffix (Sueing III) with @SimplyBukks‘s (Ekundayo) so that we can pass it on to our future children. “Ekundayo” means “to turn tears to joy” in Yoruba. (sic)”

Howard has already changed his name on Twitter to reflect his new surname.

His decision has been well received by the Nigerian Twitter community.

A Twitter user, Uzoma Nwagba sharing a screenshot of Howard’s tweet, wrote, “Meet my college friend, Howard Sueing, an American. Howard was in love with us Nigerians he met (who wouldn’t be?). Howard has just married our Nigerian classmate, Bukky Ekundayo. He decided to take her surname, officially. Bold. Meet Howard Ekundayo. Congrats bro.”