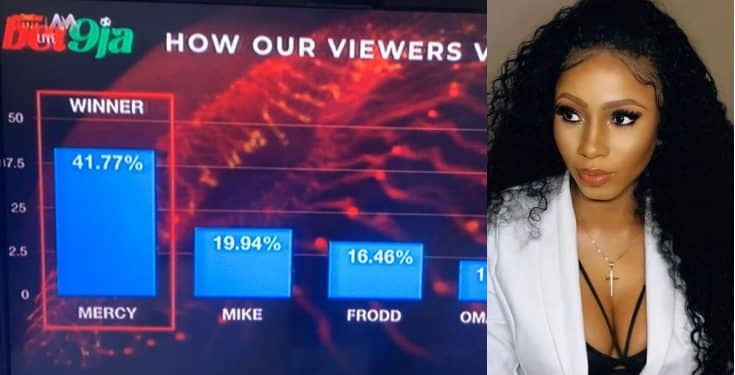 The show recorded a total number of 240 Million Votes, with the final week recording 50 Million votes.

Mercy emerged winner of the show making her the first female to do so.

Mike emerged 1st runner up and also won N2 million as he had the fastest time in the Bet9ja arena game!

Mercy, the winner, will go home with a whooping N30 million cash, and N30 million worth of prizes! Totaling N60 million!