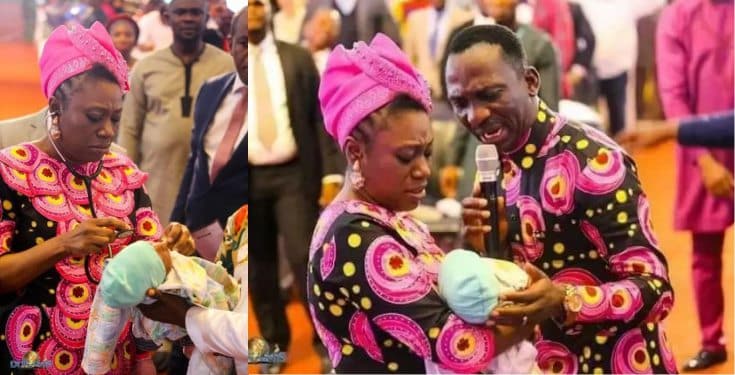 A dead baby with hole in the hearth has been reportedly resurrected by Pastor Paul Enenche at the Glory Dome, Abuja.

The baby, who is barely a year old, was said to have been diagnosed with hole in the hearth about 11 months ago.

The testimony was shared by the baby's mother amid tears of joy.

The visibly elated mother told the joyous congregation that the previous night, it was a tug of war as the baby could not sleep while battling with distress.

She said when she woke up around 6am, she discovered that the baby had stopped breathing.


“I covered her and brought to her the service around 9am. Till we got here, I was monitoring her breathe and she was still not breathing. However, during the course of the service while Daddy was declaring and ministering in worship, she jacked back to life,” the elated mother said.

Responding amid songs of worship, Dr. Paul Enenche, the Senior Pastor, DIGC, revealed that during the ministration, the Holy Spirit whispered to him of the resurrection miracle.


“Only God can take this glory. I heard it clearly during the course of ministration through worship songs but for one reason or the other, it was not announced.”

Dr. Becky Enenche, who is a medical doctor, confirmed to the excitement of the congregation the miracle after she used her stethoscope to auscultate the breathe of the child.

Here are pictures below: 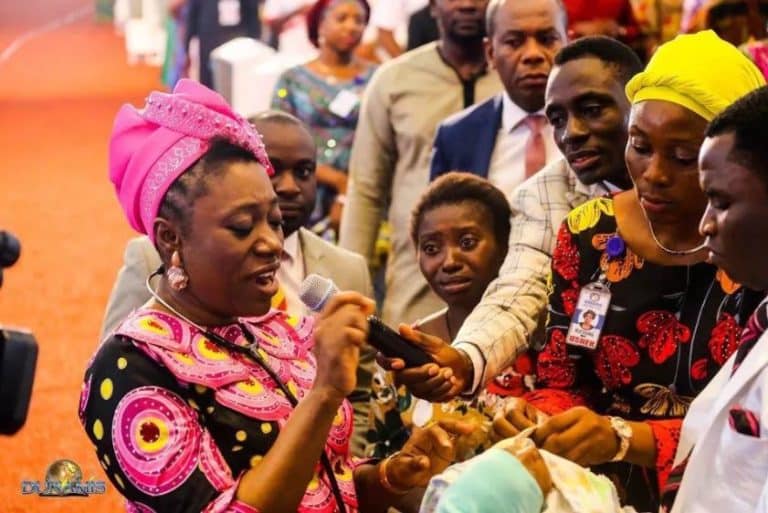 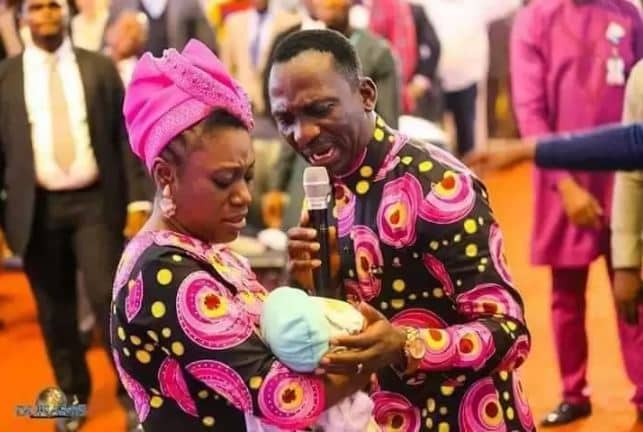 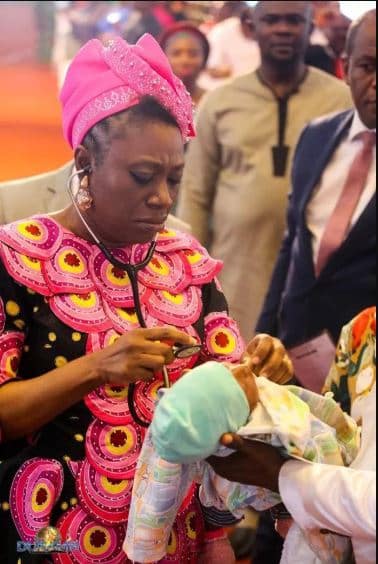 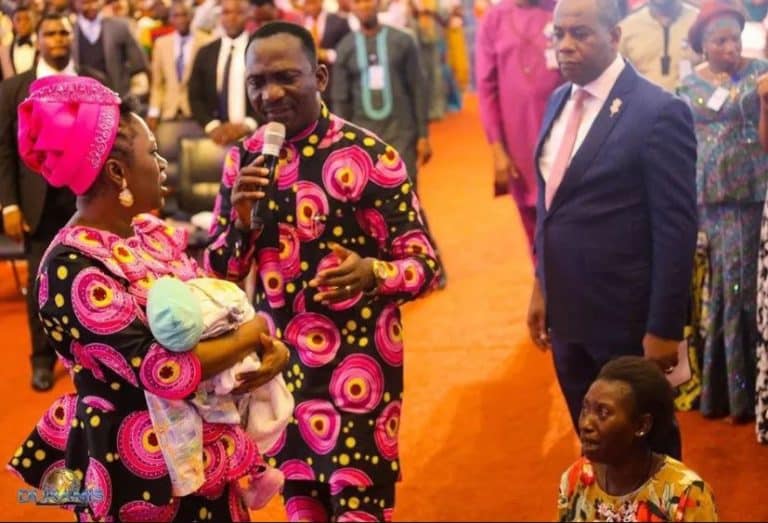