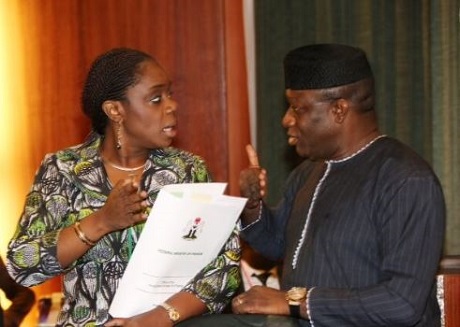 
The Federal Government’s website, www.nigeria.gov.ng, has listed the former Minister of Finance, Kemi Adeosun, as a current cabinet member, one year after her resignation.

Adeosun, who had been replaced by Zainab Ahmed as Minister of Finance, resigned on September 18, 2018 following calls for investigation into allegations that she forged her National Youth Service Corps certificate. 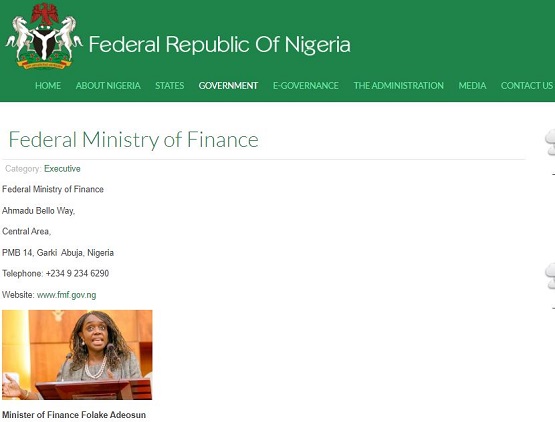 
Also, checks showed that the government listed the Governor of Ekiti State, Kayode Fayemi, as Minister of Solid Minerals, 16 months after his exit from the Federal Executive Council.

Fayemi took charge at the Ministry of Solid Minerals on November 11, 2015 but resigned in May 2018 to pursue his governorship ambition in Ekiti State.

Deputy Secretary-General to the United Nations, Amina Mohammed, who served the Nigerian government as the Minister for Environment from November 2015 to December 2016, is still being recognised as a member of FEC on the government website.

Mohammed was officially sworn in as Deputy Secretary-General of the United Nations in New York on February 28, 2017.

Findings showed that the Nigerian government website is showing the names, portfolio, and bio of ministers in the last tenure, one month after Buhari formed a new cabinet.

Investigations by our correspondent indicated over 20 of the new ministers’ portfolio and bio had not been uploaded on the website of the government to reflect a change in the executive council of the government.

President Buhari on August 21 assigned portfolios to the 43 newly inaugurated ministers, a month after they were appointed. 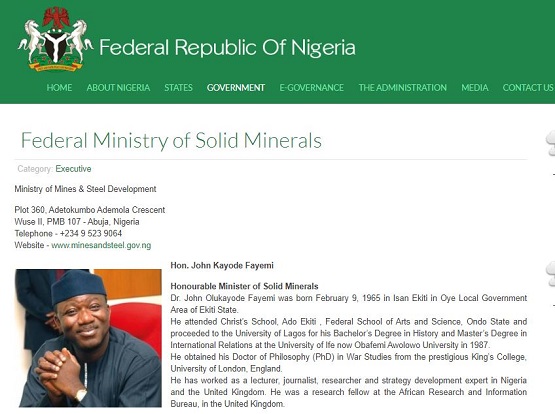 All the new ministers had since commenced work in their respective ministries and participated in the inaugural FEC meeting chaired by Buhari in Abuja on September 11 this year.

In addition, the new Minister of Health, Osagie Ehanire, was named as the Minister of State for Health on the website.