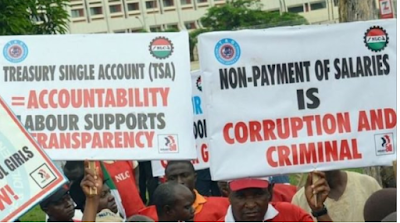 Mr Abdussobur Salaam, the National Public Relations Officer, Senior Staff Association of Nigerian Universities (SSANU), has advocated for the elimination of disparity in workers’ wages to enhance productivity in the country.


NAN reports that Salaam made the call at the first memorial lecture in honour of the late Adoro Obiageli of the National Mathematical Centre (NMC) on Wednesday, at Sheda in Kwali Area council.


According to him, until Nigeria evolves a salary structure that will make workers happy, the country will not advance.


“We believe so much that there are too many inequalities in the country and that the absence of social justice has also been a major problem that has affected the nation.


“And the only solution is to establish a social justice in this country and bridge the inequality gap between the rich and the poor.


“The N30,000 new minimum wage we are talking about today is even grossly inadequate.

“This is because we have been able to discover that the minimum wage of N125 given to workers in 1981 is far better than the N30,000 that is being given now.


“Until we are able to move from the era of starvation wages to that of living wages that will be able to improve people’s lives and take care of their needs, we may not have progress in the country,” he said.