Dino Melaye Linked With Tboss's Pregnancy... Read What He Is Saying 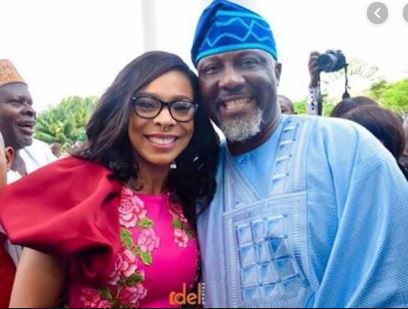 He made the denial on his official Twitter handle.

The Senator representing Kogi West revealed that he had never dated TBoss and was not the father of the baby.

Melaye said, “I naturally should ignore lies making the rounds that I’m the father of Tboss’s child. Every child is a blessing from heaven to every new mother and I congratulate TBoss on the new bundle of joy. As for the father, it’s not me. I never dated TBOSS. Olodos take note accordingly.”

There have been speculations about who the father of TBoss baby is and attention shifted to Melaye, even though, she had denied having an affair with him in the past. 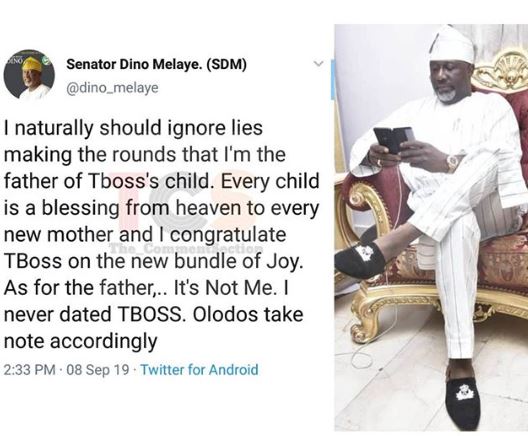