Why We Brought El-Zakzaky Back To Nigeria - FG 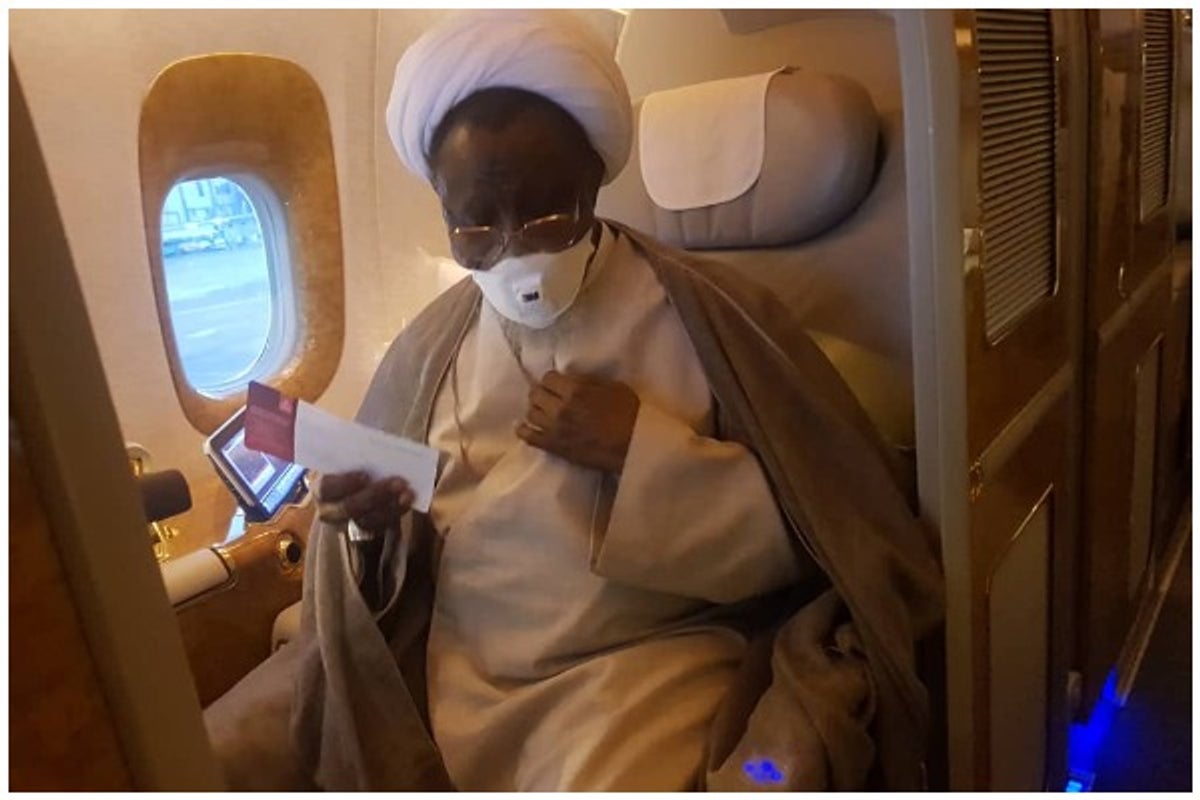 Leader of the Islamic Movement of Nigeria, Ibraheem El-Zakzaky

The Federal Government on Friday raised the alarm over alleged plans by the leader of the Islamic Movement of Nigeria, Ibraheem El-Zakzaky, to seek asylum, according to a report by Punch.

The government specifically said his actions in India demonstrated malicious intents that were capable of embarrassing the governments of Nigeria and India.

A statement issued in Abuja by the Permanent Secretary in the Federal Ministry of Information and Culture, Grace Isu Gekpe, entitled: “The repatriation of Ibraheem El-Zakzaky from India”, said the wife of the IMN leader also antagonised the Indian and Nigerian security agencies and accused them of killing her children to win international sympathy as well as disparage the Nigerian government.

The statement reads: “The Federal Government wishes to inform the public about the latest development in the Ibraheem El-zakzaky medical trip controversies to India. The government notes with dismay the acts of misconduct exhibited by El-Zakzaky that necessitated his repatriation.

“The earlier statement of August 14, 2019, by the government addressed the issues that would have raised some questions with the latest occurrences and particularly the uncelebrated return of El-Zakzaky from India.

“The public may note that El-Zakzaky’s actions in India demonstrated malicious intents that were capable of embarrassing the governments of Nigeria and India. With total disrespect and complete loss of decorum for international procedures while in India, he initiated contacts with a team of lawyers led by Ali Zia Kabir Chaudary and Gunjan Singh in that country.

“He also contacted some Non-Governmental Organisations, such as the Islamic Human Rights Commission and other Shiite groups. His aim was to seek asylum and eventually relocate to another country. It is important to note that if an Indian court had granted El-Zakzaky asylum or leave to travel to another country, it would have violated the Nigerian court order that granted him permission to travel for medical treatment.

“However, he used the opportunity of being in India to attempt to internationalise his cause by mobilising the Rights groups. Even most unfortunate and rather embarrassing as earlier stated, was his quest to be relocated to a 5-Star hotel to receive visitors instead of being admitted in the hospital as a sick person he claimed to be.

“In spite of his misconduct, El-Zakzaky’s spouse went further to antagonize the Indian and Nigerian security agents and accused the latter of killing her children. These acts were aimed at winning international sympathy as well as disparaging the Nigerian government.

“Having subordinated the quest for medical treatment to other ulterior motives, it became obvious that El-Zakzaky was focused on realising some sinister motives, thus the decision to return him to Nigeria.”