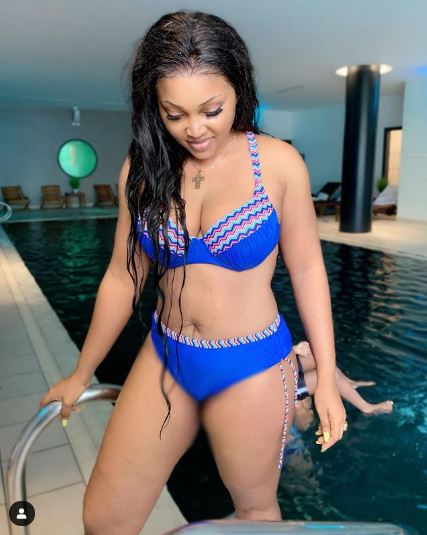 Nollwood actress, Mercy Aigbe is looking sexier than ever as she was decked in blue bikini outfit on Sallah day.

Mercy’s outfit as she emerged from the swimming pool has set tongues wagging on Instagram as lustful eyes preyed on her vanity. 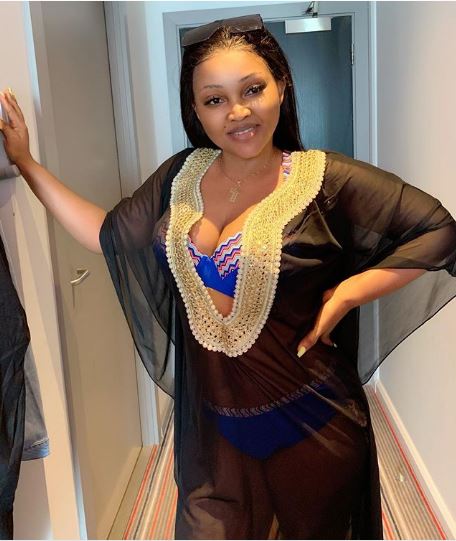 The 41-year old actress has refused to admit that age is fast catching up on her as she competes with the young generation in the allures of life.

Mercy was married to Lanre Gentry in 2013. They have since divorced. The actress has two children-Juwon Gentry and Michelle Aigbe.

The Edo State born actress is the second child in a family of five. She attended Maryland Comprehensive Secondary School, Ikeja, Lagos. She is also an alumni of the Polytechnic, Ibadan, Oyo State, where she received her OND in Financial Studies and then the University of Lagos for a degree in Theater Arts.

She joined the industry fully in 2006. She founded “Mercy Aigbe Gentry School of Drama” in 2016.