Dbanj Speaks On His Late Son, Going For Therapy 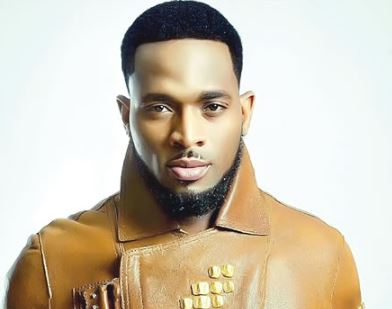 14 months after he lost his first child, Daniel Jr, Nigerian musician, Oladapo Daniel Oyebanjo aka D’banj has said that he’s going to be a father again in a few months' time.

The singer announced this in an interview with OAP Shopsy of Beat FM London, when he was asked about how he coped with the difficulty of losing a child.

The Koko master said he never thought about losing a child , saying it’s not a thing anyone should wish their worst enemy.

He also thanked everyone who stood by him and his family during trying time. He added that it was the grace and mercy of God that kept him and his wife till today.

He said, “First, I want to thank everyone out there who has supported us, but the truth is in everything we do we need to give thanks to God and more importantly, I believe there is god that granted me the grace and mercy over my family and my wife to be able to be here today. It’s not something you wish for your worst enemy. To lose a child is not something you think about, and I have never though about it before.

D’banj also said the death of his son broke him adding that he once went for a therapy but had to stop because ‘it was bringing out so many things.’

After praying for restoration, the former Mo’hit singer said he and his wife are expecting a baby soon.

"If I told you I thought about it unlike other things you asked me and I told you I am focused and I go in, this was one that broke me. This was just the that it just took the grace of God and a bit of therapy. I think I went for therapy once and I said this no be my style because it was bringing out so many things. I am happy that over time I have been able to channel that into my music, which is more important for me. You haven't heard any of them yet but very soon…because the most important thing that I believe and pray for is the restoration. I know that no matter how many time I tell my wife that everything is okay, God has to give us restoration. I am proud to say that in a few months time, I’m going to be a father again", he said.

In June 2018, D’banj Dbanj’s son drowned in swimming pool and barely two months after the incident, the artist dedicated a song to his wife, Lineo Didi Kilgrow.