Breaking News: Sowore Is In Our Custody - DSS Confirms 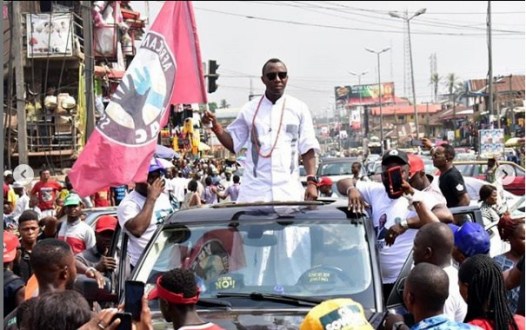 According to Sun News, the DSS has confirmed that the former presidential aspirant African Action Congress, Mr Omoyele Soworeis in its custody.

DSS Spokesperson, Peter Nnochiri, made the disclosure while addressing newsmen at the service’s Headquarters in Abuja this afternoon.

He was arrested days ago allegedly for being part of the planned the #RevolutionNow protest scheduled to take place soon.