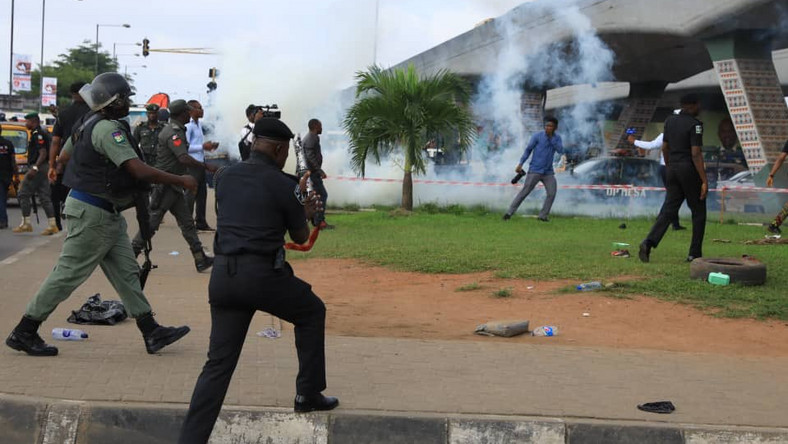 Scores of protesters under the aegis of #RevolutionNow protest were on Monday teargassed by officers of Nigerian Police, dispersing them from the National Stadium, Surulele, Lagos State.

It was gathered that no fewer than 10 persons have been arrested, including a journalist, Victor Olugbenro, by the law enforcement agencies for participating in the march.

Vanguard gathered that the protest started as planned but was disrupted by the combined team of law enforcement agencies that also dispersed the protesters with pepper spray.