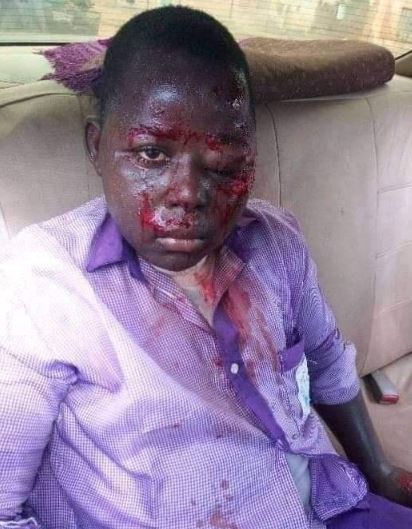 
A disturbing picture of a boy identified as Ibrahim Muhammad Mai luku, an SS1 student of King Abdul’azeez African Institute in Potiskum, Yobe State has surfaced on the internet.

The student was allegedly brutally beaten by his teacher.

The reason he was brutally beaten by his teacher is yet to be ascertained, but a bloodied photo of the child has set various social media platforms on fire as many have called on the state government to take actions.