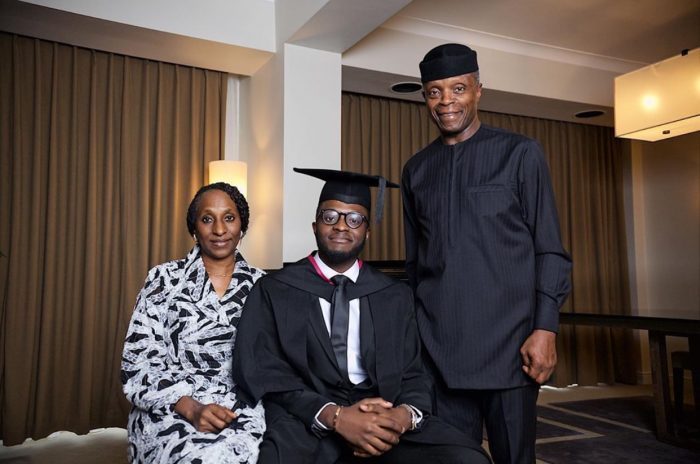 VP Osinbajo, and his wife Dolapo pose with the son Fiyinfunoluwa

Nigeria’s Vice President, Yemi Osinbajo and his wife, Dolapo, have attended the graduation of their son, Fiyinfunoluwa from Warwick University in the United Kingdom.

The VP who no doubt has a busy schedule made out time to be with his son on this worthy occasion. He returned to Abuja today, according to the senior special assistant to the vice-president on media and publicity Laolu Akande.

Their two daughters, Kanyisola and Damilola, as well as their son-in-law, Seun Bakare, all, attended the graduation ceremony, from photographs shared by Osinbajo’s wife, Dolapo on Instagram.

Fiyin attended Bensworth Independent College before moving on to Warwick, one of the Top 10 universities in the UK, according to the latest ranking by Times and Sunday Times.

Fiyinfoluwa is the only son of the family. 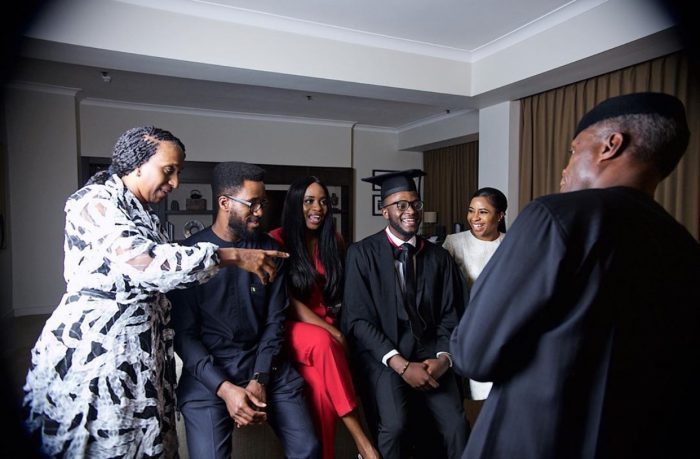 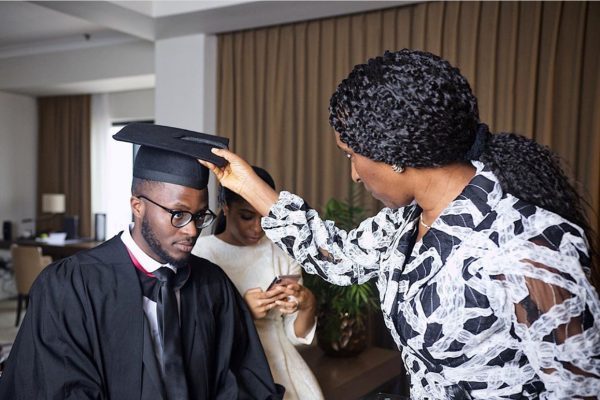 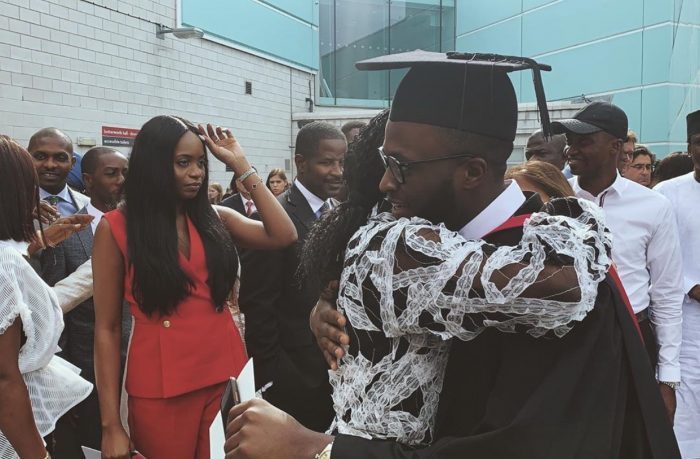 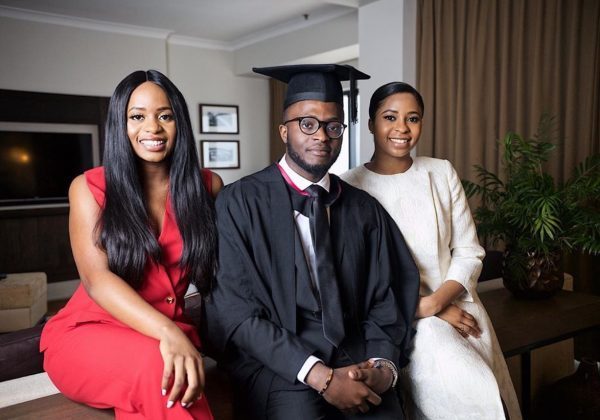 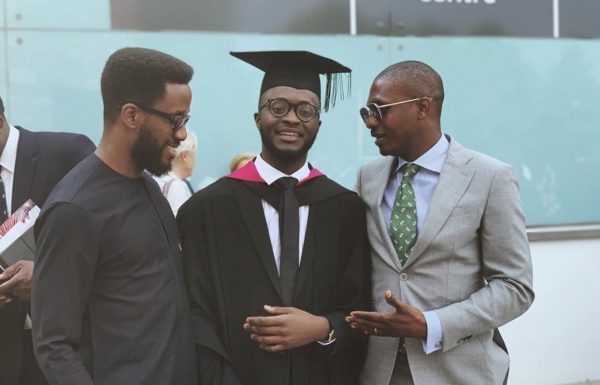