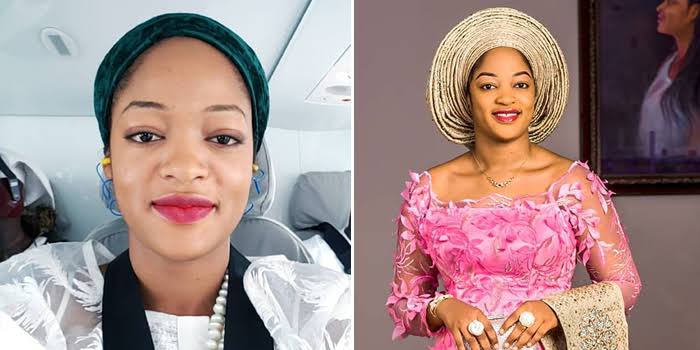 The Ooni of Ife’s wife, Olori Naomi Ogunwusi, has admitted that she has always loved the white garment church, Cherubim & Seraphim, according to TheNation.

Speaking on Saturday at the Seraphim Media Summit held at Seraph Land, Maba, Ogun State, Olori said she was born and raised up in a Bible-believing church but whenever she preached as a young girl, they said she sounded like a member of C&S.

She said, “When I began preaching at a tender age, it was strange to the church I worshipped. They said I preached like the people from C&S. I thank you for bringing me here today because I have always wanted to be identified with the people they say I preach like. I love the church so much and I will always speak for you anywhere.”

She advised members to shun negative criticisms, saying that it was a deliberate act by certain people to ridicule what the church stood for.

She explained, “I rejoice with the church today because of the foundation. When I wanted to learn about indigenous men of God, the first person that came to my mind was the late founder of the church, Moses Orimolade. I want you to know that you are a beautiful brand regardless of what people say about you. You have a beautiful mark of identification; with your white garment, you don’t need any further introduction to anyone.

“We all know that in every original product, there are fake ones. People will always try to bring you down. When people said I was preaching like a C&S member, they were trying to bring me down,” she said.

Delivering her keynote address, the Founder of Love of Christ Generation in London, Rev Mother Esther Ajayi, said the mission of C&S was to renew the image of the church.

He said, “This summit is important because we live in a world that is changing. We are called all sorts of names by people. Even people who come to us for help tarnish us in the daylight. But like other denominations, we all have our shortcomings and humans will always be humans.”

She also said the founder of the church was never a cultist, maintaining that C&S is the only indigenous church that doesn’t have any western influence, “Our late founder was not a cultist but he was feared by cultists. When I met with Pastor Enoch Adeboye recently, he said his late mother was always saying that fetish people feared C&S because they knew they were powerful.

“I urge the media to be free and fair when reporting C&S like they are with others. Nollywood practitioners should stop using white garment to portray bad characters. Members must also avoid dragging the name of the church through the mud,” Ajayi added.

Meanwhile, the Supreme Head, Cherubim & Seraphim Unification Church of Nigeria, Dr Prophet Solomon Alao, who appreciated the organisers of the summit said that with all the church has done to provide spiritual and physical supports for humanity, that it was unbelievable many take joy in tagging the church in ungodly names, which negate the essence of the church.

He added, “We are pleading with them to fear God. I admit that we have a few bad eggs among us but this is not peculiar to our church alone.”