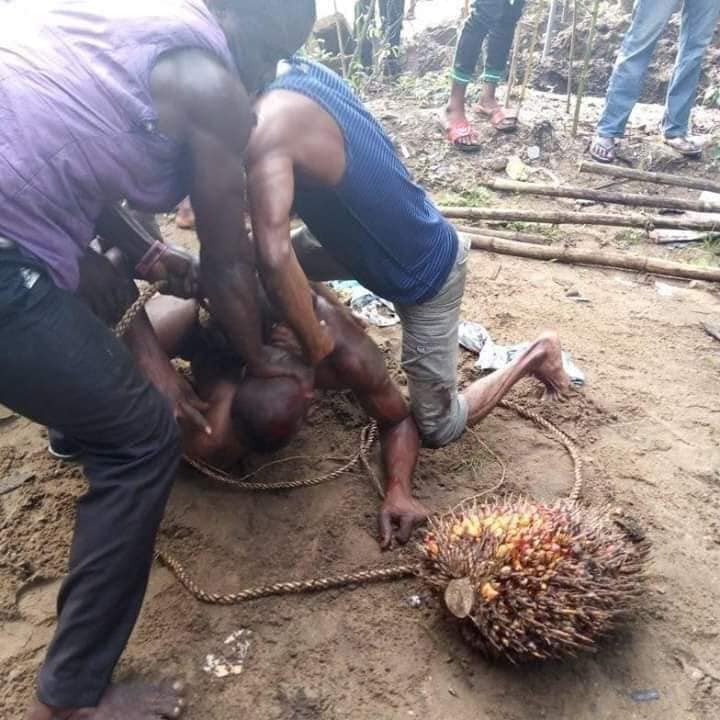 The man being attacked

A man has been given the disgrace of a lifetime after he was reportedly caught stealing a bunch of palm fruit in Akwa Ibom state.

The man could be seen being dragged, beaten and choked by his assailants.

According to Chioma Ngaikedi who shared the photos on Facebook, Nigerians are quick to strangle and kill petty thieves but roll on the floor for politicians and fraudsters who steal billions from them. 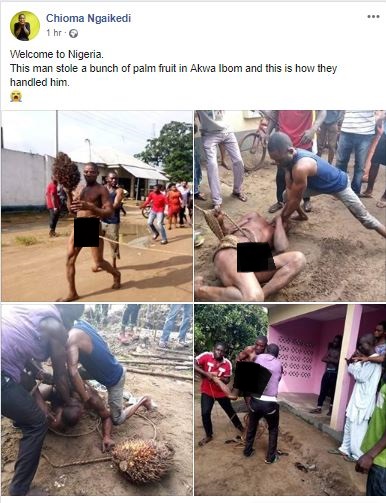 This man stole a bunch of palm fruit in Akwa Ibom and this is how they handled him." 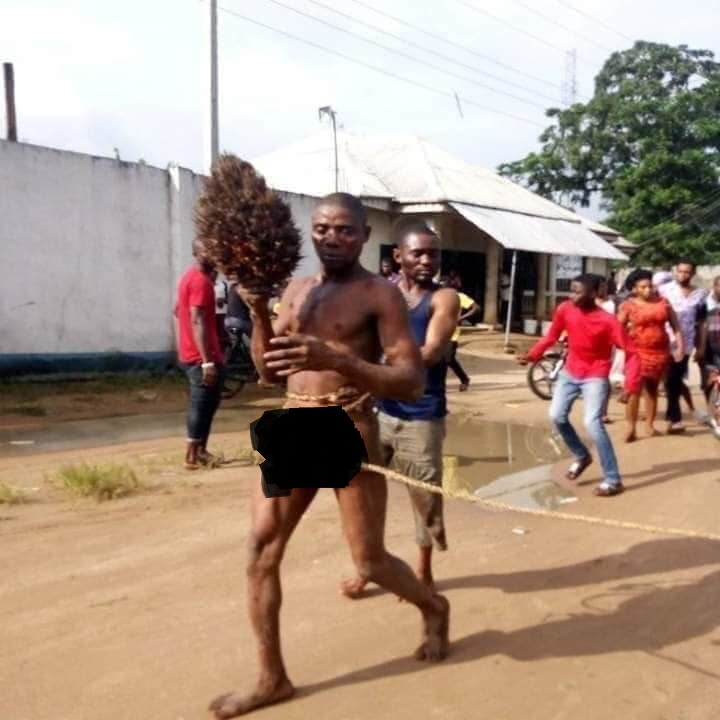 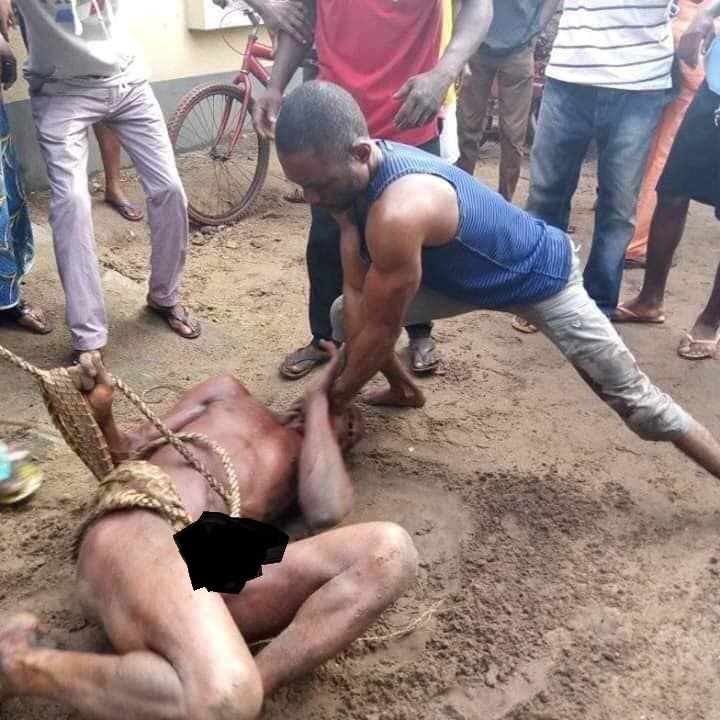