EXPOSED: Pastor Fatoyinbo Was A Former Cultist In Unilorin 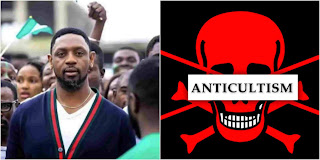 Aliu who claims to know Biodun alleged that Fatoyinbo was reportedly rusticated from the University when he was in 300 level over his alleged involvement in cult activities.

He then claimed that the pastor was studying Economics at the school before he was rusticated. He claimed that Fatoyinbo also had three other siblings in the school.

A brother was also in school while he was a student of the University of Ilorin at then former campus at surulere/General.

Pastor Biodun was in Year 3 when he was rusticated for for being a cult member of AY* and also their leader in the school campus.

See what he wrote below: 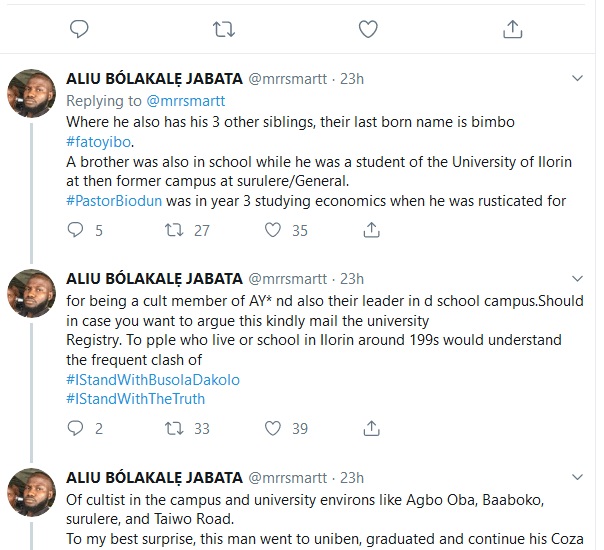