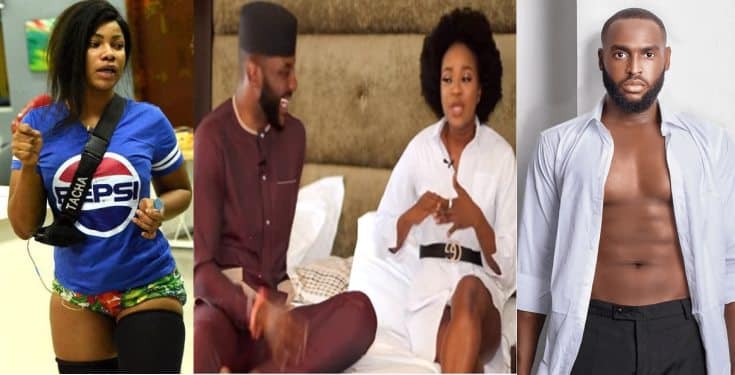 BBNaija housemate, Tacha's love letter to another housemate has been revealed.

The revelation was made by Thelma who was evicted last week Sunday.

Recall that last week, the BBNaija’s housemates were asked to write a secret love letter to a fellow housemate or someone outside the house.

Thelma and Sir Dee were instructed by Big brother to steal letters in the house in return for “Betnaija” coins.Thelma stole Tacha’s letter.

After eviction from the show on Sunday, she was asked to read the letter to Ebuka. 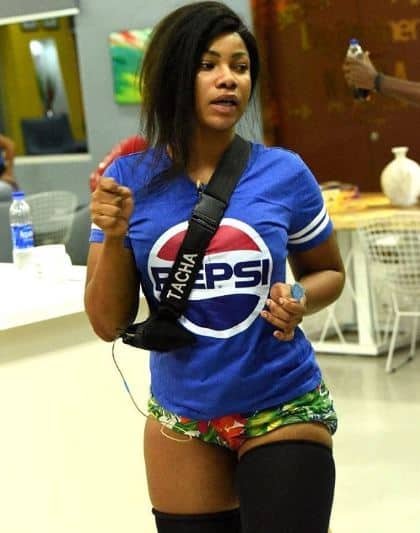 The letter turned out to be very funny as Tacha referred to Nelson as “the sugar in her tea”.

In the letter which was read out by Thelma, Tacha wrote;

“Dear Nelson, My love for you will never die, I think of you every time. I am willing to be the only cockroach in your wardrobe. The sugar in my tea and importantly the only beautiful girl in your life. Your’s lovely Tacha”

It seems Tacha has a crush on the already evicted housemate, Nelson.