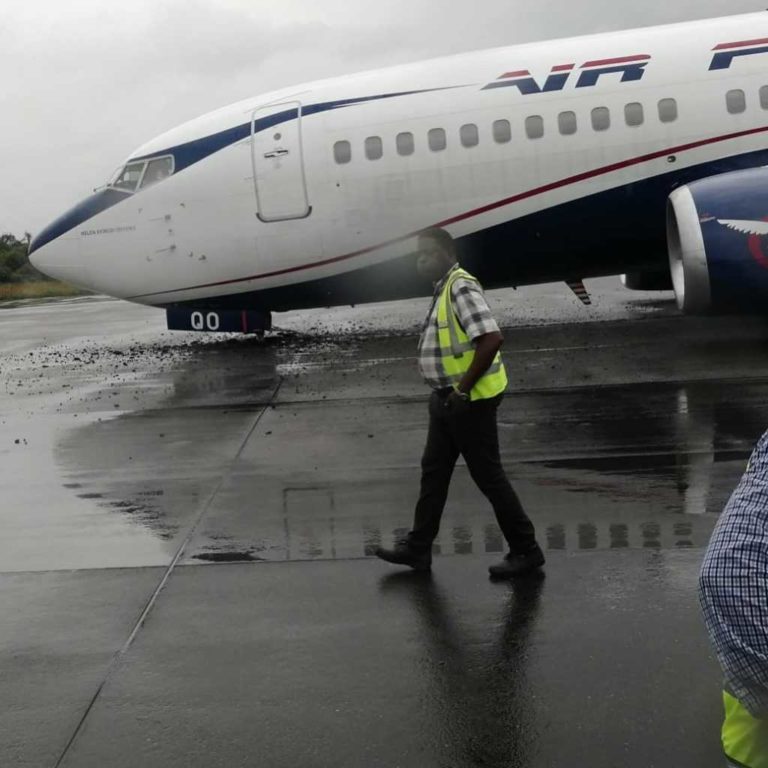 The plane after crash landing

A tragic incident was averted at the domestic wing of Lagos airport as an Air Peace airplane crash landed.

A survivor who narrated how the incident happened, shared the experience saying it was a terrible one.


Today… Was a confirmation of His annointing upon my life. For the 2nd time this year, I had near death experience. First na Okada, now na Plane…


As we arrived Lagos on @flyairpeace , the pilot (she was a woman, I was so proud) announced that we will be landing at international tarmac because of visibility issues. The sleep wey bin dey my eyes, auto cleared.


Some minutes later, seems the plane started nose diving on a fast track. And she in her expertise applied control. Then… Next… It picked up a speed and bang!!! bang!!!!!!

We dropped from the sky to the hard ground. And the ceiling of the plan dropped. Children crying. People screaming Blood of Jesus! Some screaming my Mummy. It was hard! My life flashed before me….

Then the pilot informed that she can’t estimate the damage, however, that the plane lost its both tyres. That she had signaled for an evacuation. She kept working hard, though unsuccessfully, to calm agitated


I got my bag, had my inhaler handy… And we awaited emergency rescue.

Praise God for Us… He averted what could have been a tragic plane crash.