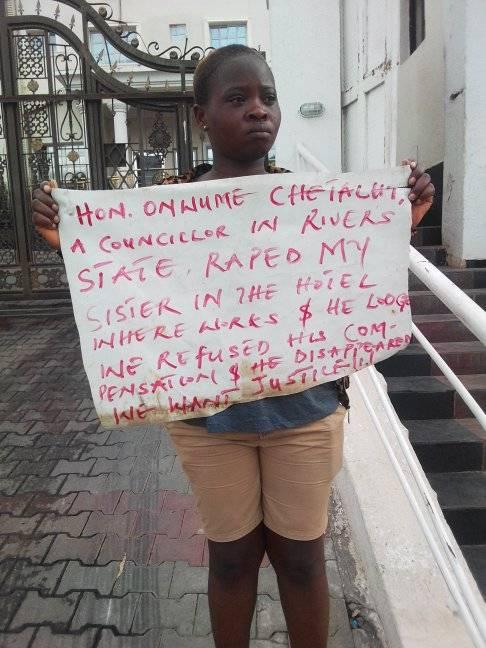 A woman has gone on a lone protest after a local councillor from Rivers State allegedly r-ped her sister at a hotel where he lodged in Abuja.

She further stated that the lawmaker begged to compensate them with N50,000 which her lawyer rejected.

Cumbae Uchendu narrated how it all happened and wrote:


"Honourable CHETACHI ONWUME. A councillor in Rivers State, sexually molested my sister on Monday at her workplace where he lodged at gwarinpa Abuja. She went to give him his bill as he requested. He then grabbed her, strangled her and r*ped her. He deposited his sperm in her.


Yesterday morning, having involving an activist/lawyer, he pleaded and offered a compensation of 50,000 which my sister and her lawyer refused. When the police got involved, he had disappeared.


The hotel management claimed they didn’t see him leave. My sister is still in the hospital. This morning at gwarinpa police station where we reported, they said the case will be forwarded to the command where such cases are handled. He has locked his Facebook account which as at yesterday was active. We hope we get justice.


"I had a one-man protest yesterday on the hotel street. A senator met me, lawyers and activists.


Help share, tag. Thank you. You are our family." 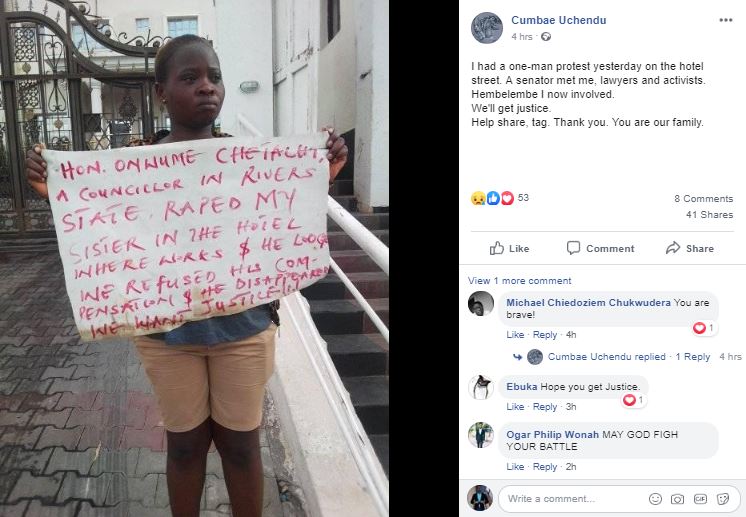