Shock As Missing Sales Agent Is Found In Bad Shape, Unable To Talk 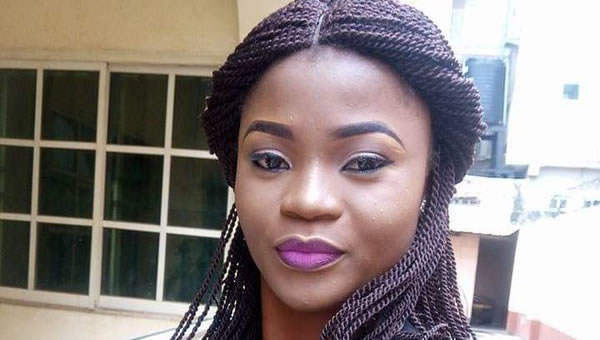 
Oluwakemi Soyebo, a sales agent in the Agbara area of Ogun State, has been found three days after she went missing, Punch Metro reports.

It was learnt that the 22-year-old woman appeared around 6pm on Thursday to the excitement of her family and neighbours.

The family is, however, in fear because she has not talked since she was found.

Soyebo disappeared on Monday, June 3, 2019, after she left office at the close of work that day.

Her elder brother, Sulyman, who spoke to City Round on the phone on Friday, said she was dropped off by a taxi driver around MTN bus stop on the Badagry Expressway – some distance away from their house.

Sulyman explained that Soyebo was very weak at the time she appeared and could not talk, adding that they had yet to know the circumstances surrounding the incident.

He said Soyebo had been admitted in an undisclosed hospital for treatment.

He said, “Yesterday (Thursday), around 6pm while everybody was still searching for her, she walked into the street. We learnt that she was dropped off by a taxi and that the driver zoomed off. Residents who saw her at that point were overjoyed and did not pay attention to the taxi.


“When she got home, she was given water because she had lost strength. She started vomiting and was rushed to the hospital. She has not been able to speak up till now. Series of tests have been carried out on her. I think it was a case of kidnapping. She is conscious now but she has not spoken. My mother was crying uncontrollably. She was happy. She could not eat or sleep throughout the days she (Soyebo) was missing.”