Kudirat Abiola, Dr Adadevoh, 19 Others For Induction Into Women Hall Of Fame 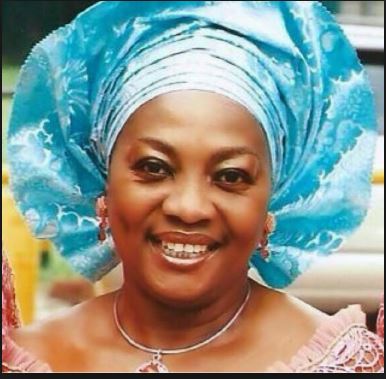 
The Federal Ministry of Women Affairs through the National Centre for Women Development, Abuja, has listed 22 women to be inducted into the Nigerian Women Hall of Fame, including the late Alhaja Kudirat Abiola and the late Dr Stella Adadevoh.

The NCWD said the women, who would be inducted on June 10, two days to the Democracy Day, were selected for their iconic contributions to national development.

The induction is themed, ‘Celebrating Nigerian Women Icons of Hope.’

Adadevoh, who died in August 2014, was a Nigerian doctor who helped to curb the spread of the Ebola virus by ensuring that a Liberian patient, Patrick Sawyer, remained in quarantine despite pressure from his country.

Kudirat was assassinated on June 9, 1996 during the heat of the June 12 struggle for democratic freedom in Nigeria.

Apart from the two, other women in the shortlist for the Hall are Senators Oluremi Tinubu and Binta Garba, Prof. Adenike Osofisan, Mrs Folorunso Alakija and Dr Stella Okoli.

The NCWD Director-General, Mary Ekpere-Eta, said at a news conference in Abuja that the selection was based on a comprehensive display of records of legendary women who played leading roles in different aspects of the Nigerian society.

The DG added that there were over 100 Nigerian women in the hall with the last induction in 2007.

She said, “Available statistics reveal that Nigerian women have been dynamic and played active roles in all spheres of national development. Yet these achievements are hardly documented. This explains the rationale behind the creation of this edifice for the enrichment of public understanding and appreciation of the contributions of Nigerian women.

“The hall will provide role models for younger girls and the society at large. The criteria for selection are: first woman, historic or living to achieve recognition in a field of endeavour; a significant statewide contribution to arts, athletics, business, government, philanthropy, humanities, science and education.”

According to the NCWD, the induction will take place every four years to ensure that no woman deserving is left behind.