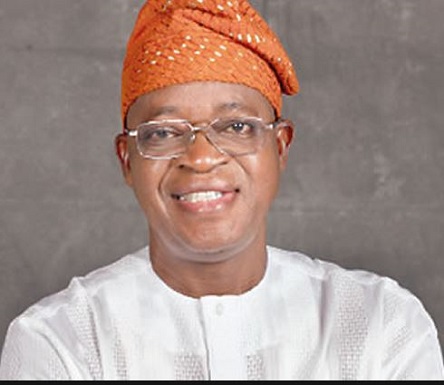 
For the third time since assumption of office six months ago, Osun State Governor Adegboyega Oyetola has provided free train for indigenes and others travelling from Lagos to the state for religious celebration.

The free train service for those travelling for the Eid el-Fitri will depart the Iddo Terminus in Lagos on Monday June 3, stopping over in Abeokuta and Ibadan among others, before arriving at the Nelson Mandela Train Park Station in Osogbo at an estimated arrival time of 6pm.

On Thursday June 6, the train will make a return trip to Iddo Terminus in Lagos, stopping over in Oyo and Ogun states after taking off at 10am from the Nelson Mandela Train Park Station in Osogbo.

Already, the Federal Government has declared Tuesday and Wednesday as public holidays for the end of Ramadan celebration.

The Supervisor for Finance, Commerce/ Industries /Cooperatives, Mr. Bola Oyebamiji, described the programme as part of the social intervention initiatives of the Governor Oyetola Administration. “It is designed to provide relief to citizens of the state travelling home to celebrate with their loved ones,” he said.

Millions of people including citizens of neighbouring states of Oyo, Ogun, Ekiti, Kwara and Ondo, have benefited from the free train programme during celebrations to and from Osogbo from Lagos, since it was initiated by the Osun State Government in 2011.