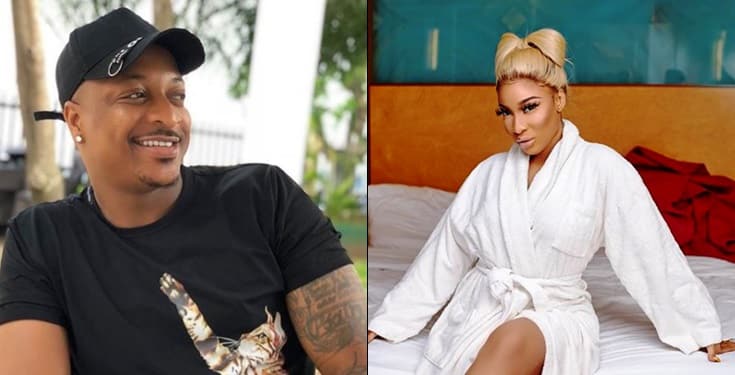 IK Ogbonna has replied Tonto Dikeh, who accused him of having leaky ass.

IK Ogbonna who has now replied Tonto Dikeh over claims that his ass is leaking, told her to try again as he is not available for the banter. He also had a dog emoji for her.

Recall that Tonto Dikeh renewed her social media war with other celebrites after disclosing that she has a new man, warning 2Face, IK Ogbonna and others not to beg him for money.

However reacting to the threat, IK Ogbonna wrote ‘When a dog barks. throw in a bone’.

Tonto Dikeh who fired back, stated that IK Ogbonna’s ass in leaking and she is patiently waiting for the bone he’s going to throw in, as she is not going to stop barking anytime soon. 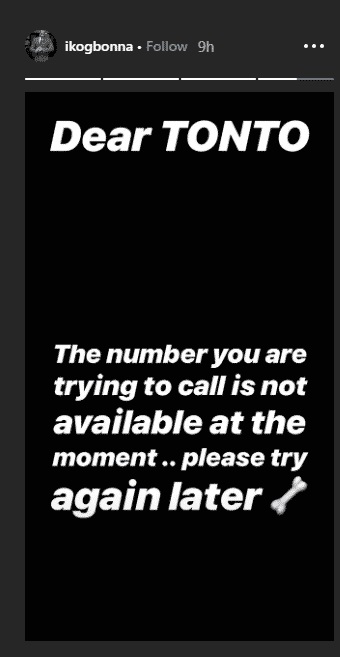