Two Women Seen Fighting In Public Over A Man (Photos 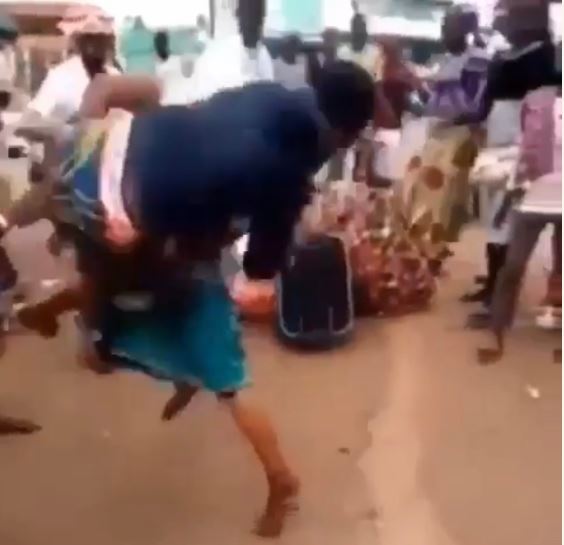 The scene of the royal rumble

A trending video of woman disgracing her friend in the market place over a man has emerged.

Two close friends Bisola 29 and Aderonke 31, both from Ado-Ekiti were seen fighting over man they were both dating without them knowing.

The alleged man promised to marry Ronke only for Bisola to find out about the engagement from another friend of theirs and decided to publicly launch an attack on her which began from an heated argument & ended in a fight. 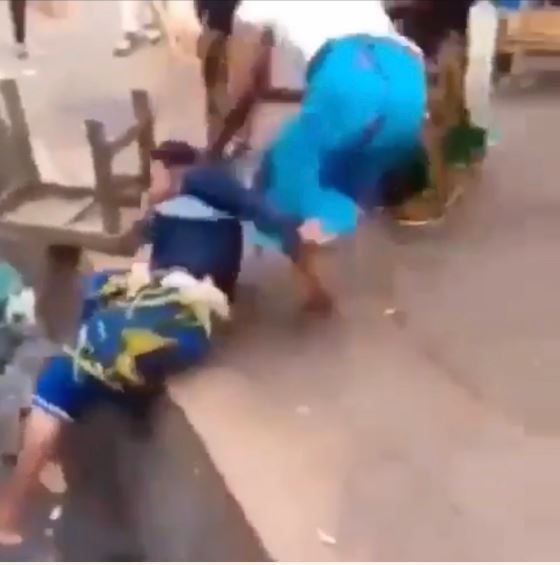 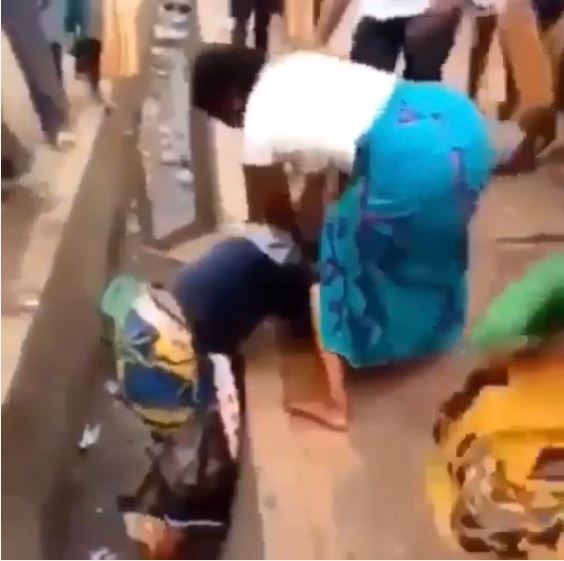 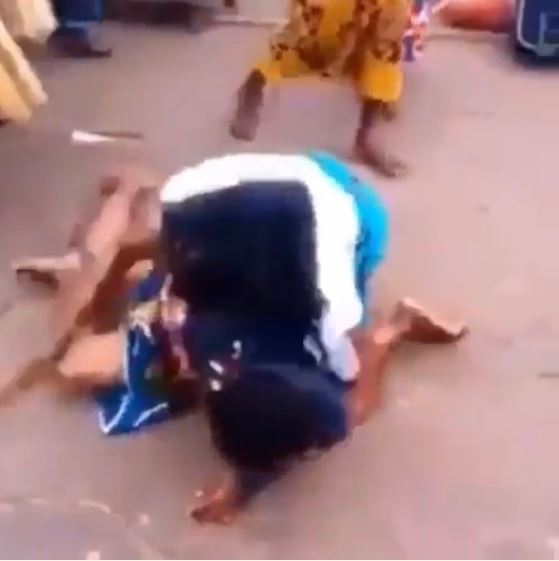