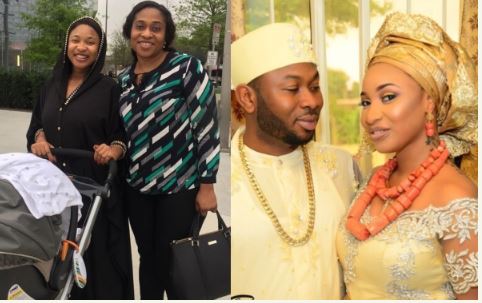 Tonto Dikeh who is holding back no shots has placed a curse on her ex-husband's mother, Rachael, who according to her will get a long, hard death and pain if she sits and does nothing about a "lie" which centers around her.

The Nollywood actress who has vehemently denied pushing down her ex-mother-in-law, recounted how she wears her clothes and even takes money and gifts from her.

Tonto Dikeh who placed a curse on her ex-husband's mother, said the long, hard pain and death will be used to vindicate her.

The actress who also alleged that her ex-husband was a gigolo, wrote; 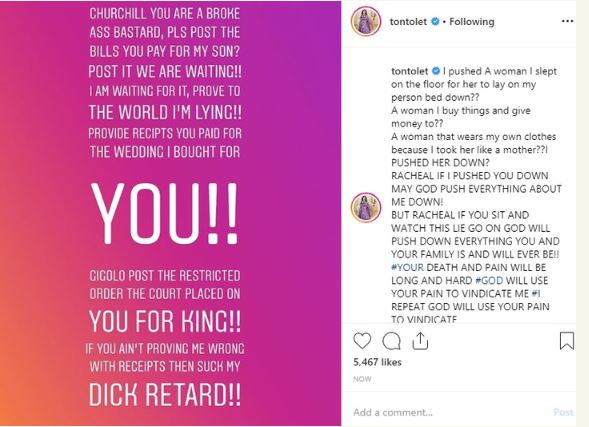