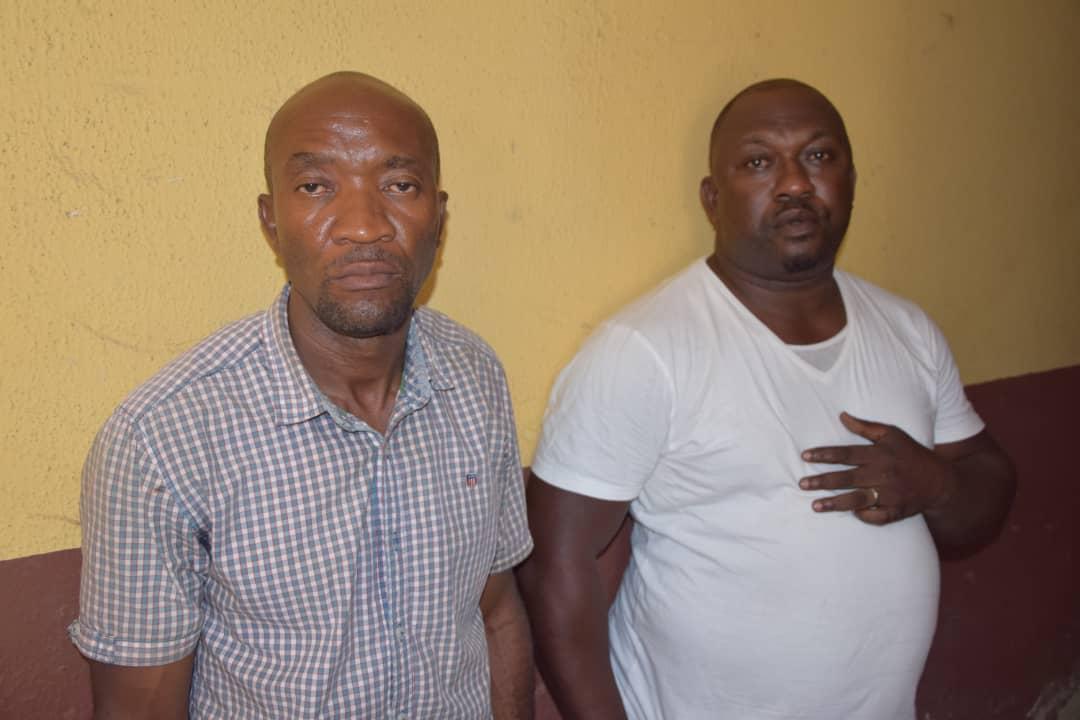 The alleged killers of Kolade Johnson

The Nigeria Police Force has published the names and photographs of the alleged killers of Kolade Johnson who was gunned down in Mangoro area of Lagos on Sunday.

The police identified the suspects as Inspector Olalekan Ogunyemi and Sergeant Godwin Orji both attached to the Anti-Cultism Squad.

The police said on Twitter, “The men suspected to have carried out the shooting of Kolade Johnson have been apprehended and subjected to internal disciplinary procedures. The CP has revealed their names as (1) Insp Ogunyemi Olalekan and (2) Sgt Godwin Orji attached to Anti Cultism Squad.”

A police team led by the Commissioner of Police, Lagos State, Zubairu Muazu, also paid a condolence visit to the family of Johnson and assured his family that justice would prevail.