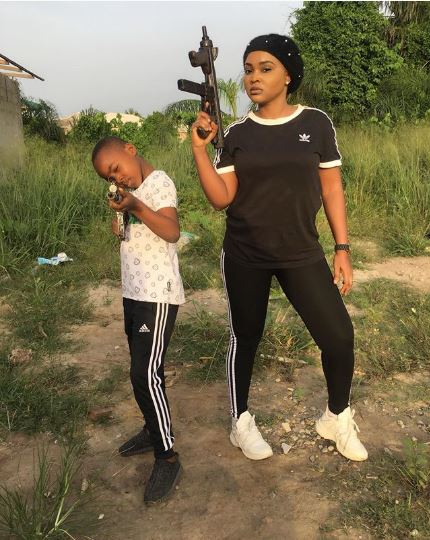 Mercy Aigbe's son, Olajuwon, has made his acting debut in a new movie as he is pictured on set with his mother.

Olajuwon seems ready for the job as he posed with a gun with confidence. His mother has spent decades in the local film industry as she has the contacts and expertise to develop him into a star.

Aside acting, the opulent actress also produces and directs her own films which are mostly in Yoruba language.