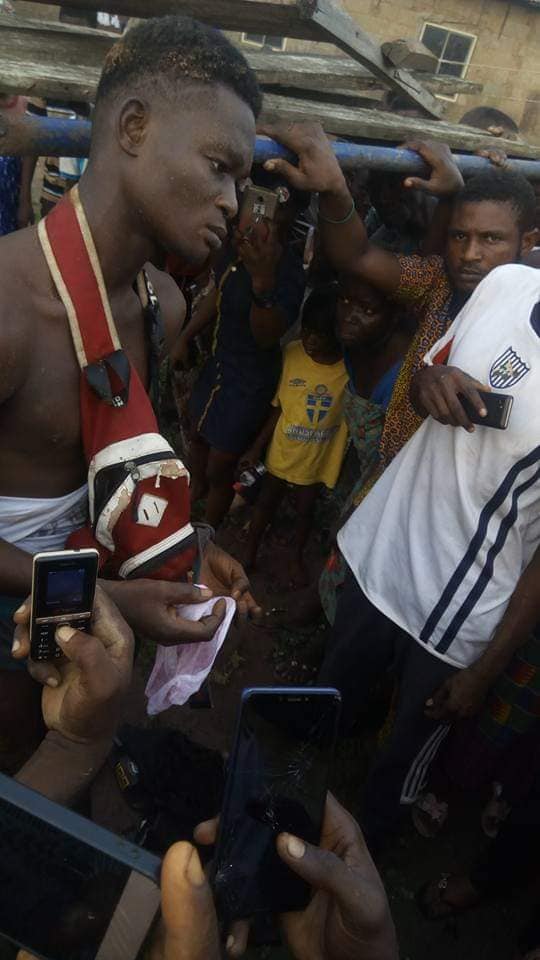 The quest to make quick money has landed a young man in trouble in Ogun state. According to reports, the boy was nabbed red-handed after stealing a lady’s pant in Ifo area on Thursday evening.

The young man has stripped off his clothes and beaten by residents who paraded him in public. He reportedly confessed that he was given the task to steal female underwear for a fee. The suspect was later dragged to the police station. 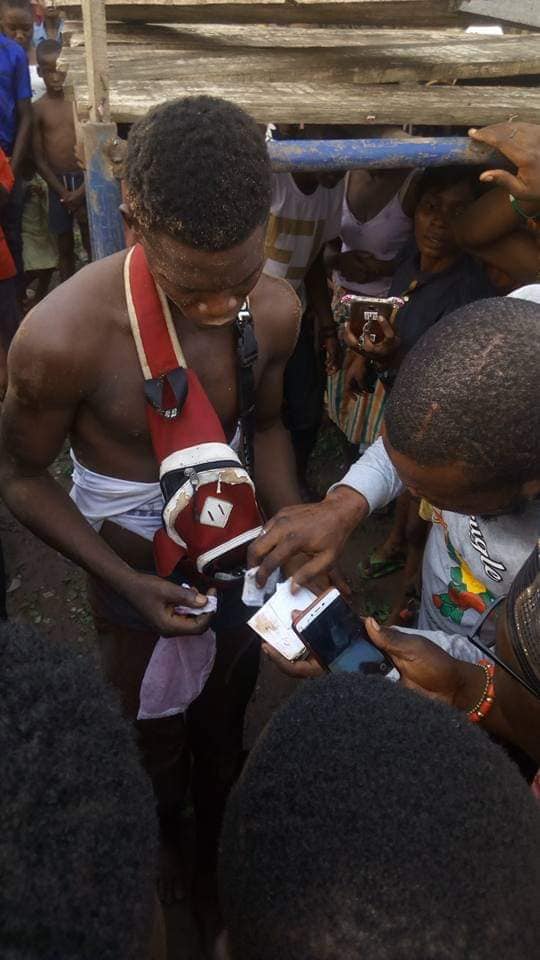 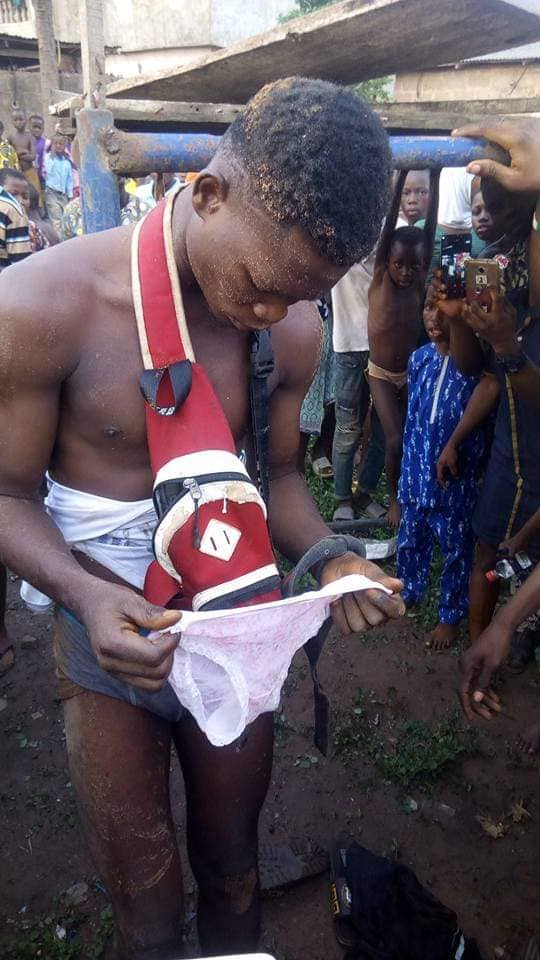