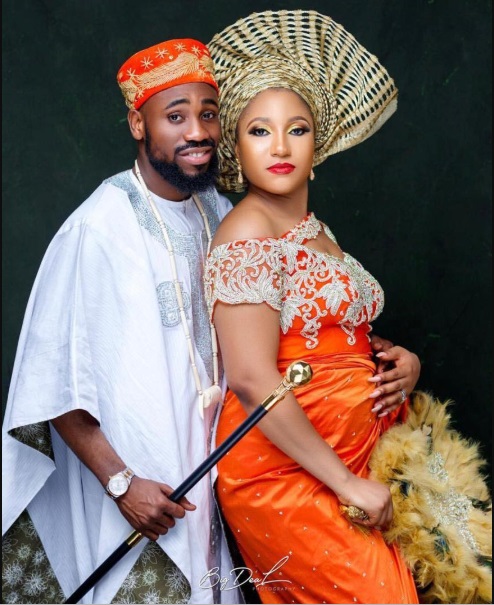 However six years later, she found love and now married her husband in an event attended by family, friends and loved ones.

Recall also that in 2016, the men who allegedly leaked the lesbian s-x tapes involving the former Miss Anambra were arrested.

Facebook user, Martin Beck Nworah who claims to know the gang, disclosed that they are a seven-man syndicate that specializes in blackmailing young ladies, especially students of the Nnamdi Azikiwe University, Awka, into sending them their s-x tapes with a promise of making them famous, only to end up extorting money from them.

Nworah said the men were arrested in Enugu after a thorough investigation, and that they have confessed to being the ones who released the controversial s-x tapes that have become viral on social media.