Veteran Actress, Iya Rainbow Reveals How A Suitor Ran Away From Her When He Saw Her 5 Kids 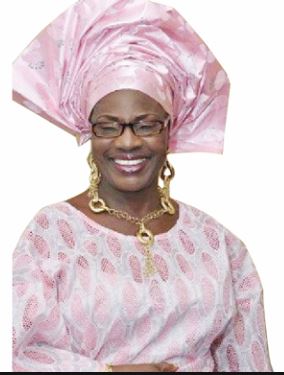 Idowu Phillips, the Veteran actress, popularly known as Iya Rainbow, has remained unmarried after the death of her husband 35 years ago.

In a chat with Sunday Scoop, the actress remarked that she was no longer interested in being joined in matrimony with anyone.

She said, “Over my dead body would I get married again. My husband closed (my heart) with a padlock and he went away with the key. I don’t trust the men of these days. There was one that said he wanted to marry me but he ran away after he saw all my kids. I have forgotten how to want a man. With five kids to cater for, I had no thoughts of that. In those days, I could go to four different locations in a day, to tell you how hard I was working to make money to take care of my children.”

Recalling how her late husband died, she said, “I can never forget the day my husband died in 1984. I felt the world was going to end on that day. He was my alpha and omega. I used to be a nurse but he was the one that made me to become an actress. As a matter of fact, during his burial, I told people to put all our children with him in the grave that I didn’t want them again. The shock was just too much for me to bear. Imagine one becoming a widow at the age of 42.”

Despite being a nurse, Iya Rainbow expressed frustration that she was unable to save her former husband from the cold hands of death. She said, “I took him to several hospitals such as the General Hospital in Lagos. I was a staff member of the hospital then and immediately I took him there, he was attended to. To be fair, the doctors tried their best but God had the final say. When a person reaches his or her bus stop, he or she has to come down. He eventually died at the University College Hospital, Ibadan.”

The veteran actress also recalled that many people promised to help the family immediately after the demise of her husband but majority of them did not fulfil their promises. “There were a lot of promises but after a short while, many of them didn’t check up on us again. He was buried in Awe, Oyo State, and many people practically turned their backs on us after the ceremony,” she said.

On how she was able to sustain her family after she left the make-believe world for the pulpit, Iya Rainbow said, “I have had a better life since I left active acting. I have done a lot of great things now that I couldn’t do when I was a full-time actress.”

Speaking on how she got to be a part of the trending Airtel commercial, Phillips said, “It was the work of God. I was at home when I was called for the advert. I am sure God considered all that I had been through and He gave me a reason to smile.

“I had a wonderful experience shooting the commercial. The white people on the production team made me laugh the most because whenever they asked me to say anything in English, I often got it wrong. When I was supposed to say ‘selfie time’, I pronounced it in a funny way with a Yoruba accent, but the white man liked it and said we should leave it that way. He then said, ‘Grandma, I like you’. We were lodged in a hotel that felt like paradise.”

The actress also stated that she had never been in short supply of roles but had been mindful of which to accept. “I have been getting a lot of scripts. As a matter of fact, I just got back from a location where I was with the likes of Desmond Elliot. I also work as a traditional master of ceremonies. I have different streams of income to sustain me and my family.

“But when it comes to acting, I am careful of the types of roles I accept because my church members would get to watch the movies. As a matter of fact, that was why some producers stopped inviting me for movies in the first place because there are certain roles I would not act, such as playing a witch,” she said.