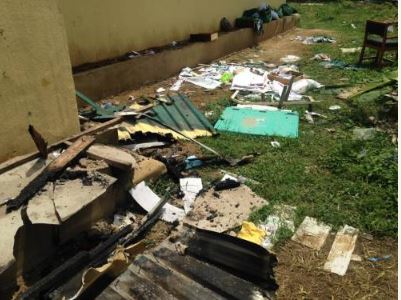 The scene of the suspected arson

With just hours to the governorship and state houses of assembly elections, the office of the Independent National Electoral Commission (INEC) in Ibesikpo Asutan Local Government Area of Akwa Ibom State has been razed by fire.

It is not yet known how the fire started, but it is said to have been started by persons suspected to be hoodlums.

Elections materials were destroyed in the incident.

At the time of this report, it was not yet clear if the destruction of election materials would affect elections in the state, leading to postponement, as INEC is yet to release an official statement on the matter.

The governorship and state houses of assembly elections are scheduled to hold on Saturday, March 9, 2019. 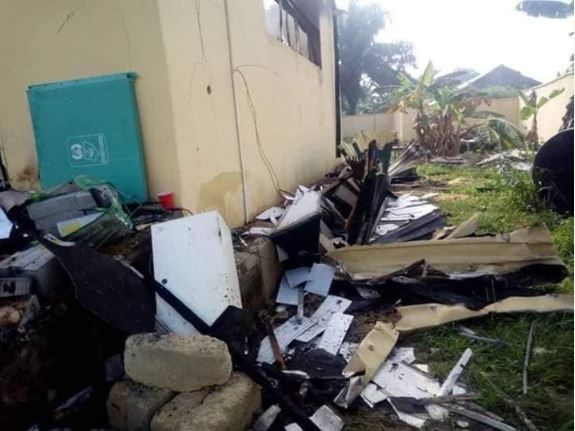 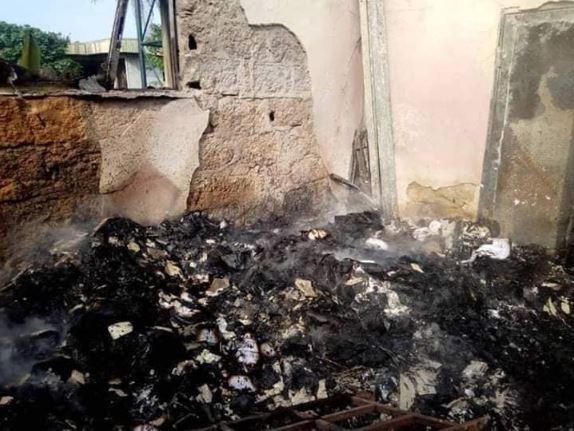 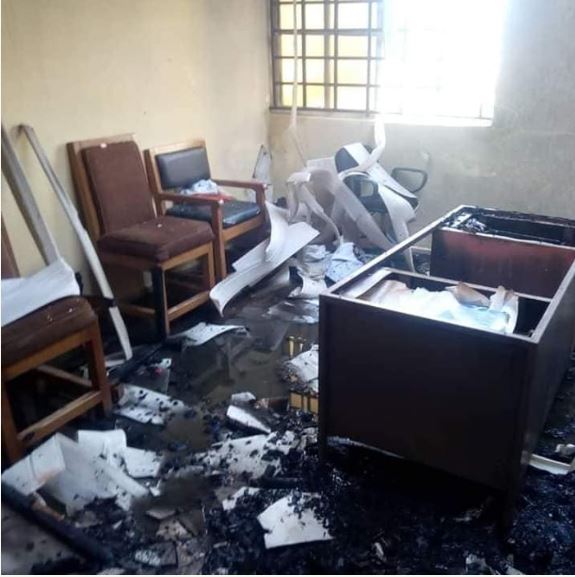