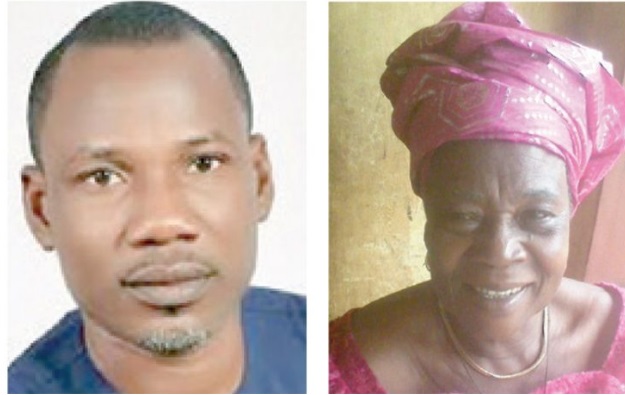 Many people were shocked following the result of the Nnewi North Constituency of Anambra state in the just concluded State House of Assembly election held on March 9, 2019 as the son of akara (bean cake) vendor, Nonso Okafor, fondly called Smart who contested under the platform of the All Progressives Grand Alliance (APGA) trounced Obinna Ngonadi, son of Chief Humphrey Ngonadi, a multi-millionaire industrialist to emerge winner of the election.

According to Daily Sun, thirty eight year-old Nonso defeated Obinna, candidate of the Young Progressives Party (YPP) in the industrial community; with a remarkable margin as he will now represent the four quarters of Otolo, Uruagu, Umudim and Nnewichi that make up Nnewi North Constituency in Anambra State House of Assembly.

Recall that the people of the area had on February 23, voted massively for one of their own, oil and gas mogul, Dr. Patrick Ifeanyi Ubah on the platform of YPP, to become senator of Anambra South Senatorial district.

Curiously, all the money, influence and contacts of other big shots in the area who rallied round the Ngonadis, could not save them from the giant killer called Nonso, whom Saturday Sun gathered, could barely fund his campaign.

Mother of the winner, Mrs Monica Okafor, a widow and an akara vendor since 1999 when she lost her husband and began to fend for her- self and their four children; two males and two females, said she was short of words to express what God had done for the family.

Radiating with smiles in the course of this interview, she said her heart was full of joy when she heard that her son won the election. Of course, before Nonso went in for the contest she said she called him to tell him that the battle would not be a child’s play. But he left her with the assurance that he would win the election; just like the case of David and Goliath in the Bible.

“I thank God who made this possible; that God who lifts up the poor from a refuse dump, I thank Him. God knows all we have suffered in this life and has decided to wipe our tears, I thank Him,” she said.

Mrs Okafor explained that her choice to go into akara business was circumstantial in the sense that when her husband died in 1999, she closed her own trading business at Nkwo Nnewi market and decided to do a home-based one to enable her properly take care of the home front, monitor when her children return from school and all that. And she has no regret over her choice because “with my akara business; I was able to take care of my children, feed them well, pay their school fees, clothe them properly and they never lagged behind in anything.”

Although the last born of the family, Nonso’s mother said that he showed very early in life that he would go places. According to her, his character disposition as he was growing up gave her an indication that he would be something else as he talked and reasoned like adults even as a small boy.

“I saw in him rare qualities and he has a different character disposition. Sometimes when he talks, I become shocked because he would exhibit wisdom that could not come from many adults. When my mother-in-law was still alive, I called her one day to tell her that this boy might be Ogbanje (one of the gods in Igbo ancient his- tory believed to have the capability to influence human actions).


But she said it was not true, and only told me that the boy is a special creature who would in due course show what he is created for. And I did not stop there. I consulted one Rev Father Odunukwe at Nnobi where I went for prayers, he told me that I should not panic, that God brought Nonso into the family to be a great man,” she narrated.

She noted that Nonso’s lifestyle, indeed all his siblings, is characterized by fear of God de- void of moral bankruptcy from their childhood to their present age unlike some youths of these days who have questionable rectitude. She said Nonso never engaged in any immoral or irresponsible behaviour that could dent the family record and had been a champion to anything that could bring succour to the youths; “I think that is what has endeared him to many.”

Mrs Okafor said the significance of Nonso’s victory in the State Assembly poll was to show that it is only God that crowns whoever He chooses and that money is deemphasised when it comes to God’s intervention.