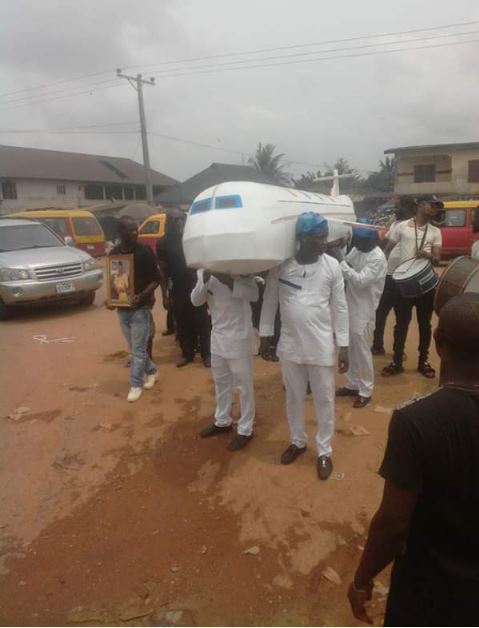 Photos have emerged showing how a dead man was carried around inside a coffin which was shaped like an helicopter during his funeral.

The incident which happened in a community in Edo state, has caused quite a stir on social media.

The identity of the dead man has not been unveiled but the photos were posted on Facebook by a user who claimed to have been in attendance.

According to the Facebook user, the man was buried in the helicopter-shaped coffin to the amazement of all witnesses. 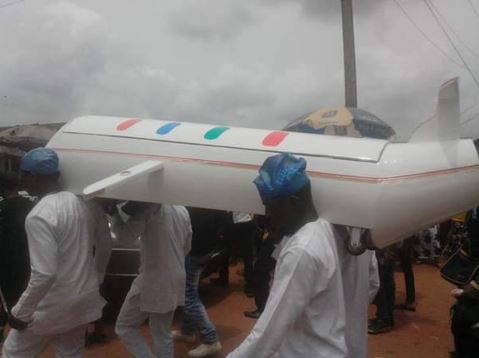 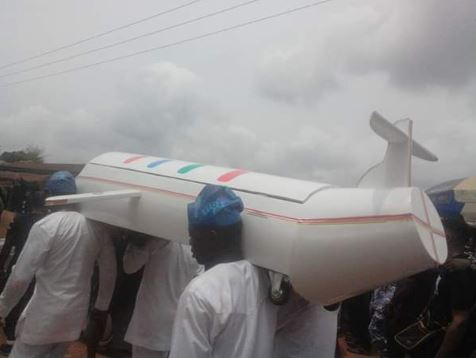 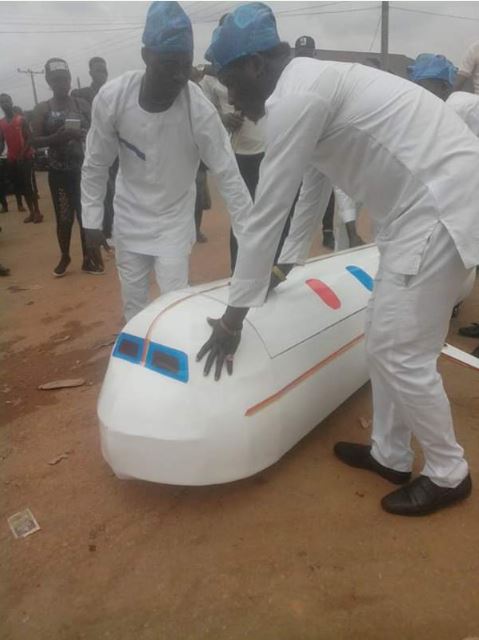 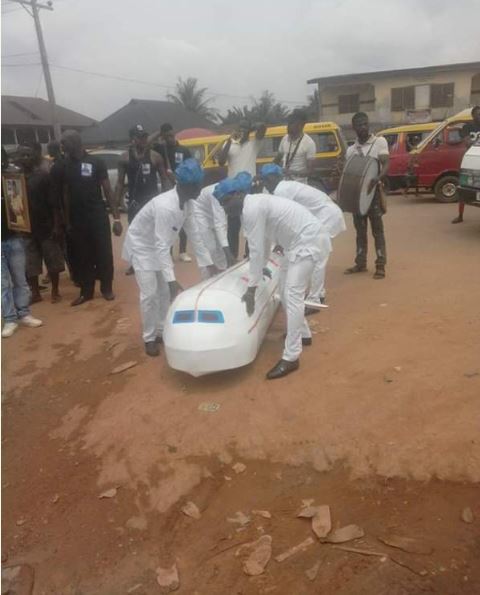