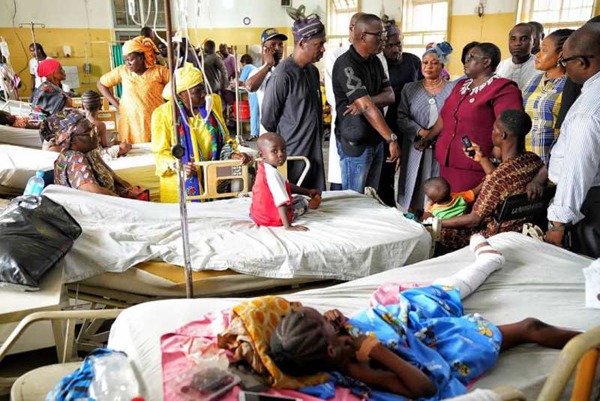 Lagos State Governor-elect, Mr Babajide Sanwo-Olu, on Thursday visited the survivors of the collapsed building at the hospital in company of his Deputy Governor-Elect, Dr. Obafemi Hamzat.

Sanwo-Olu who also visited the site of the collapsed buildings at Ita-Faaji, Lagos Island to assessed the rescue operations and sympathised with the residents who lost loved ones in the tragedy commended the efforts by the emergency and rescue workers.

Lagos State Governor-Elect, Mr. Babajide Olusola Sanwo-Olu and his Deputy Governor-Elect, Dr. Kadir Obafemi Hamzat, charting with one of the pupils of Collapsed Building, during their visit to the Lagos General Hospital, in Lagos
The governor-elect who hails from Lagos Island, arrived at Ita-Faaji at 1:05pm, lamented the loss of lives in the incident, which, he said, could have been prevented if the owner of the collapsed buildings had not flouted the state’s building codes.

The incoming governor personally engaged some residents to get first-hand information on how the three-story structure came down. Some of the residents bared their minds on the incident with allegations that building developers in the area were fond of using sub-standard building materials on the property they manage, urging the incoming governor to carry out an audit on all buildings in area when he assumes office.

The residents also told Sanwo-Olu that complaints were lodged at the Local Government office and Ministry of Physical Planning about defective structures in the area prior to the last Wednesday collapse, alleging that building developers usually bribed government officials to look away.

Responding, Sanwo-Olu said: “I am personally terrified that we lost lives in this incident, because it is something that shouldn’t happen. I urge all government agencies that are involved in ensuring standards on buildings to speed up their tasks to prevent a repeat of this tragic incident.

“These agencies should go out and check if there are still buildings across Lagos that have compromised. This is the rightful thing to do now. We should not wait till we see fatalities, such as we witnessed in this incident. Sanctity of building approvals is important and critical to ensuring we prevent this kind of event in the future.”

The governor-elect urged the media to play its role by joining hands with members of the public to expose defective buildings wherever they may be across the state. 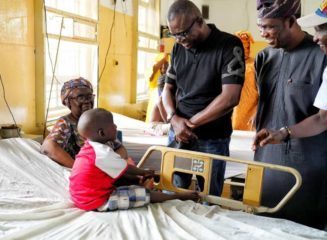 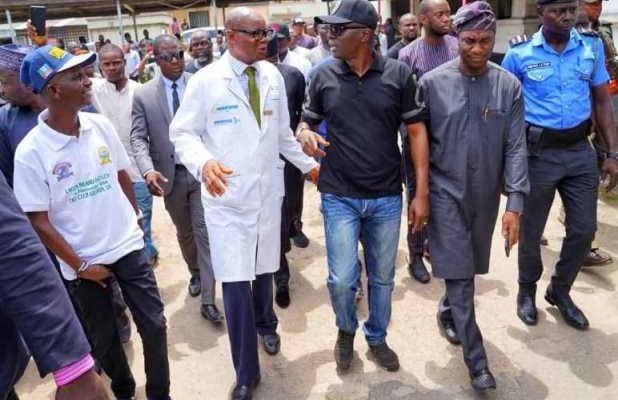