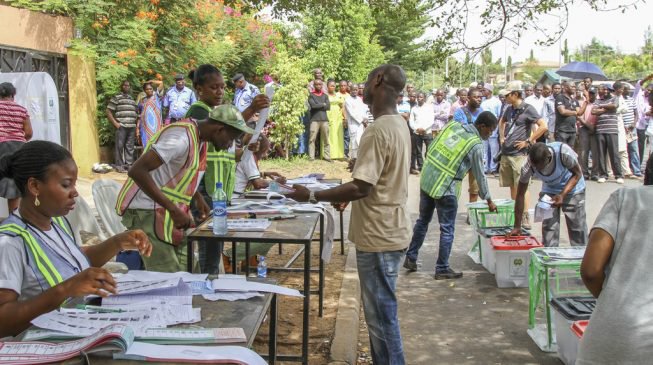 The Independent National Electoral Commission has postponed the House of Assembly election for the Nasarawa/Binyeri State Constituency of Adamawa State.

Resident Electoral Commissioner in the state, Mr Kashim Gaidam, disclosed this to the News Agency of Nigeria on Thursday in Yola.

Gaidam said that the postponement became necessary following the death of a member of the assembly, who was the candidate of the All Progressives Congress in the election.

NAN reports that the APC candidate, Mr Adamu Kwanate, until his death on Wednesday, was the member representing the constituency.

It was gathered that late Kwanate collapsed while campaigning for his re-election, and died later in a hospital in Yola.

Gaidam said that the postponement would allow APC and people of the constituency to find a replacement.

“We received a letter from the party and the House of Assembly regarding the death of the candidate and we have replied, giving them one week to find a replacement.


“We will communicate their replacement to the headquarters to fix a new date for the election,” Gaidam said.