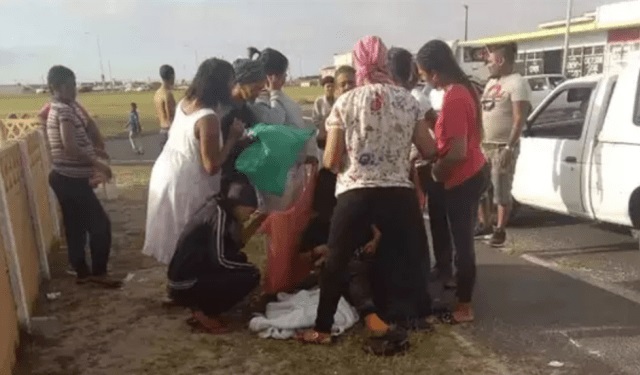 A woman was aided by community members who came together as she gave birth on the road last Monday.

According to reports, one of the residents, Olivia Adams rushed outside after her daughter told her that a woman was giving birth on the street next to the tuck shop in Southern Hills, South Africa.


“She was screaming very loud and I could already see the baby’s head,” said Olivia.

Olivia said the woman gave birth to a baby boy.


“I covered her with a blanket while her sister removed the afterbirth,” she said.

Olivia said the mother was identified as Fazlin Jonas of Lavender Hill.


“She only had a bag with tins and other items. No baby stuff and said she didn’t know she was pregnant,” said Olivia.