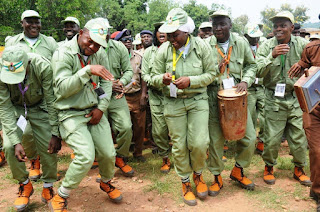 Kazaure pointed this out while speaking today in Abuja during the swearing-in ceremony of 3,022 Batch A Corps members into the FCT orientation camp. He said all hope was not lost as the scheme was waiting for the Federal Government to sign the minimum wage into law.