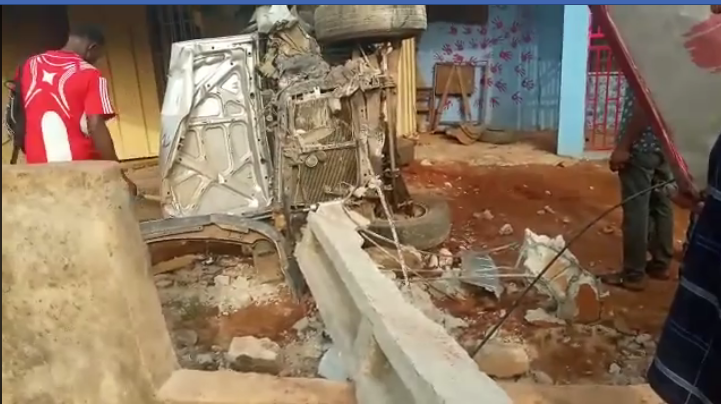 An accident occurred yesterday after an eleven-year-old boy reportedly struggled with some armed men who dispossessed his father of his vehicle.

According to a report by a Facebook user, a man took his 3 kids to school yesterday morning was robbed of his car at gun point by two armed men.

The gunmen were said to have driven the car with the three kids away.

But the eleven-year-old boy among them purportedly fought with the driver as they were speeding away which led to the accident as seen in the footage.

The children were rescued alive and taken to the hospital, according to reports as no further details were given on the condition of the gunmen. 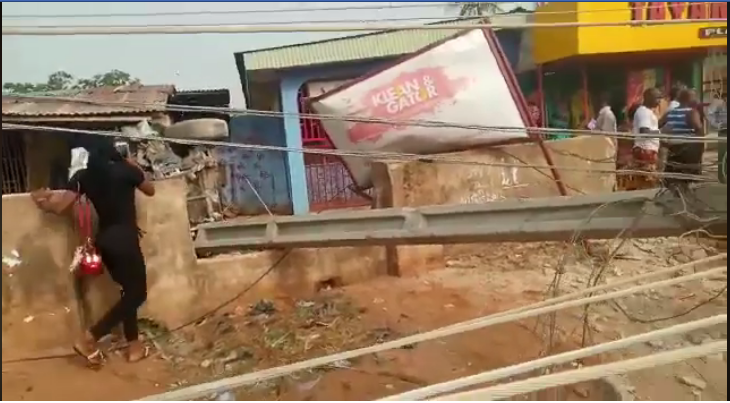