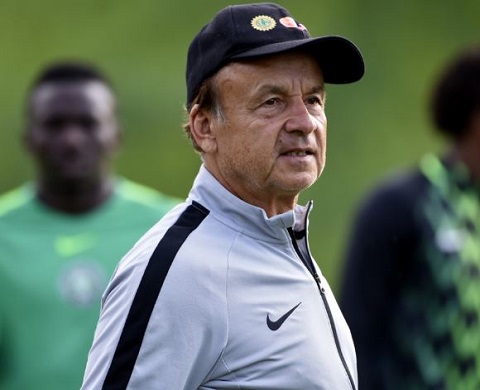 
Nigeria manager Gernot Rohr has posited that there are no big players in the current Super Eagles squad ahead of the 2019 Africa Cup of Nations, adding that they must play as a unit to be successful at the tournament in Egypt.

The former Bayern Munich defender argued his point by declaring that no Nigeria international was included in Africa’s finest XI at the 2018 CAF Awards.

‘’We don’t have big stars in our team, you see none of our players was in the African Team of the Year, we don’t have these players who Nigeria had in the past.

‘’Our strength is playing collective football with good spirit. Let’s work with this kind of spirit all the time and we’ll be ready by the 15th of June.’’

Ahmed Musa, Obi Mikel, Emmanuel Emenike, Junior Ajayi, Joseph Yobo, Taye Taiwo and Vincent Enyeama have been included in CAF Team of the Year in the past.