Update On Lady Tortured Over Missing Phone: “The Men Wanted To Have Sex But She Refused” 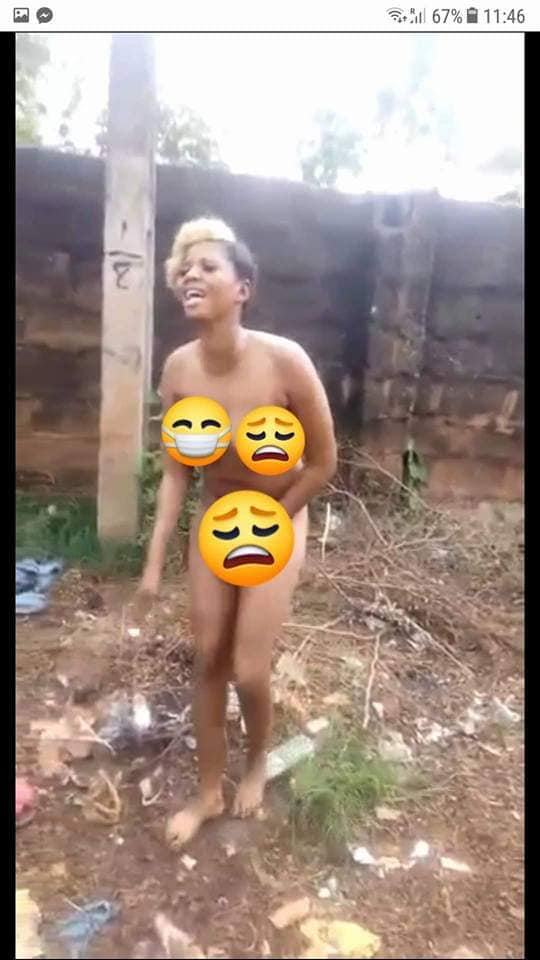 The Nigeria Police Force (NPF) had yesterday arrested six men behind the torture of a young lady in Benin City over an alleged missing mobile phone, and they suspect have confessed.

A few days ago, we reported that a yet-to-be-identified young lady was stripped totally naked and had pepper inserted into her private part following phone theft allegation by her accusers.


The men who claimed they wanted to teach her a lesson also filmed the brutal torture which was meted out on the lady and posted the video online which has now gone viral.

The lady was heard crying and saying she didn’t steal any phone, while she was being humiliated by the crowd. The brutal act on the lady prompted the Inspector General of Police into issuing a warrant for the arrest of the men involve and an investigation into the incident.

Six suspects have been arrested so far in connection with the case, the include; Otoghile Joel, owner of the phone alleged to have been stolen by the young woman; Lucky Igbinovia alias ‘One Man Squad’ in whose house the young woman was tortured; Edobor Osemwengie, manager of Lafun Hotel; Kingsley Iyamu,; Gregg Eweka and Friday Omorogbe.

An Investigation by the revealed that the lady was taken to Lafun Hotel located in the state. The hotel is alleged to be owned by a chieftain of the All Progressives Congress (names withheld).

Findings further revealed that the lady had lodged at the hotel on Sunday night with a man when the controversial phone at the center of the entire problem got missing.

Angered by the fruitless search, the man who took the girl into the hotel threatened fire and brimstone, but all to no avail. The development prompted him and others to approach a native doctor who performed some rituals and recited incantations in the process.

The lady was said to have been compelled to undergo strange mystic oath taking, at the end of which no result came of the entire drama. But not convinced about the whole issue, the owner of the phone and others dragged the girl to a corner where they carried out the despicable act of inserting pepper into her private parts with a view to forcing her to confess to stealing the phone.

The police, however, stated that the reports that emerged following the incident that led to the violent assault on the lady have different versions, one had to do with sexual nature. A police source said:


“There were two ladies involved in the matter. One is a matured lady and the other is the victim. It was actually the matured lady that took the victim to the hotel to meet the men. Apparently, the matured lady knows one of them. The hotel manager, where the whole drama started, was among those arrested.

“Anyway, the men wanted to have sex with them, but the matured lady, who has a relationship with one of the guys they went to meet, sensed that their drinks were drugged with tramadol. She confronted them and they admitted that there was tramadol in the drinks. The lady said they wouldn’t drink it. She walked out, which made the victim to say she too was leaving since the ‘auntie’ that brought her had left.

“She was already walking away when the men called her back, with one of them saying his phone was missing. They dragged her to the house of a supposed native doctor to confirm that she stole the phone. That was how the whole ugly incident started.”

Mba added that her health status and recovery rate were being monitored. He said:

“Following the dehumanising incident, the Inspector-General of Police (IG), Mohammed Adamu, had ordered a comprehensive investigation into the report. Consequently, the Edo State Police Command, led by its Commissioner of Police, Hakeem Odumosu, swung into action, leading to the investigative breakthrough.”