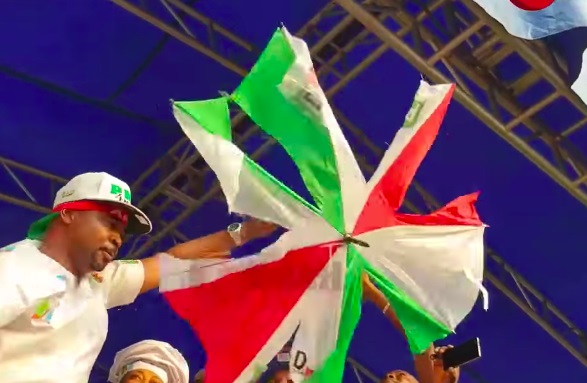 A video has surfaced online showing him barking threats and using a knife to destroy branded PDP umbrellas.

Many have called on the DSS to arrest him for inciting violence.